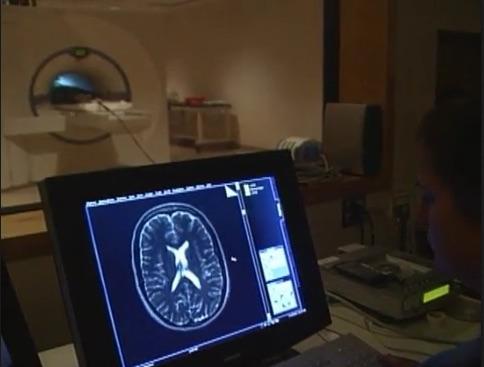 January 9, 2018 — School-age football players with a history of concussion and high impact exposure undergo brain changes after one season of play, according to two new studies conducted at UT Southwestern Medical Center in Dallas and Wake Forest Baptist Medical Center in Winston-Salem and presented at the 2017 annual meeting of the Radiological Society of North America (RSNA), Nov. 26-Dec. 1 in Chicago.

Both studies analyzed the default mode network (DMN), a network of brain regions that is active during wakeful rest. Changes in the DMN are observed in patients with mental disorders. Decreased connectivity within the network is also associated with traumatic brain injury.

"The DMN exists in the deep gray matter areas of the brain," explained Elizabeth M. Davenport, Ph.D., a postdoctoral researcher in the Advanced NeuroScience Imaging Research (ANSIR) lab at UT Southwestern's O'Donnell Brain Institute. "It includes structures that activate when we are awake and engaging in introspection or processing emotions, which are activities that are important for brain health."

In the first study, researchers studied youth football players without history of concussion to identify the effect of repeated subconcussive impacts on the DMN.

"Over a season of football, players are exposed to numerous head impacts. The vast majority of these do not result in concussion," said Gowtham Krishnan Murugesan, a Ph.D. student in biomedical engineering and member of the ANSIR lab. "This work adds to a growing body of literature indicating that subconcussive head impacts can have an effect on the brain. This is a highly understudied area at the youth and high school level."

For the study, 26 youth football players (ages 9-13) were outfitted with the Head Impact Telemetry System (HITS) for an entire football season. HITS helmets are lined with accelerometers or sensors that measure the magnitude, location and direction of impacts to the head. Impact data from the helmets were used to calculate a risk of concussion exposure for each player.

Players were equally divided into high and low concussion exposure groups. Players with a history of concussion were excluded. A third group of 13 non-contact sport controls was established. Pre- and post-season resting functional magnetic resonance imaging (fMRI) scans were performed on all players and controls, and connectivity within the DMN sub-components was analyzed.

The researchers used machine learning to analyze the fMRI data. Machine learning is a type of artificial intelligence that allows computers to perform analyses based on existing relationships of data.

"Machine learning has a lot to add to our research because it gives us a fresh perspective and an ability to analyze the complex relationships within the data," said Murugesan. "Our results suggest an increasing functional change in the brain with increasing head impact exposure."

"The brains of these youth and adolescent athletes are undergoing rapid maturation in this age range. This study demonstrates that playing a season of contact sports at the youth level can produce neuroimaging brain changes, particularly for the DMN," Murugesan said.

In the second study, 20 high school football players (median age 16.9) wore helmets outfitted with HITS for a season. Of the 20 players, five had experienced at least one concussion, and 15 had no history of concussion.

Before and following the season, the players underwent an eight-minute magnetoencephalography (MEG) scan, which records and analyzes the magnetic fields produced by brain activity. Researchers then analyzed the MEG power associated with the eight brain regions of the DMN.

The results demonstrate that concussions from previous years can influence the changes occurring in the brain during the current season, suggesting that there are longitudinal effects of concussion that affect brain function.

"The brain's default mode network changes differently as a result of previous concussion," Davenport said. "Previous concussion seems to prime the brain for additional changes. Concussion history may be affecting the brain's ability to compensate for subconcussive impacts."

Both researchers said larger datasets, longitudinal studies that follow young football players and research that combines both MEG and fMRI are needed to better understand the complex factors involved in concussions.

This work is part of several National Institutes of Health (NIH)-funded studies of youth and high school football, with additional funding from the Childress Institute for Pediatric Trauma. Data collection performed by researchers at Wake Forest University, and data analysis done by researchers at UT Southwestern.