MRI: On the Cusp of Renewed Greatness? 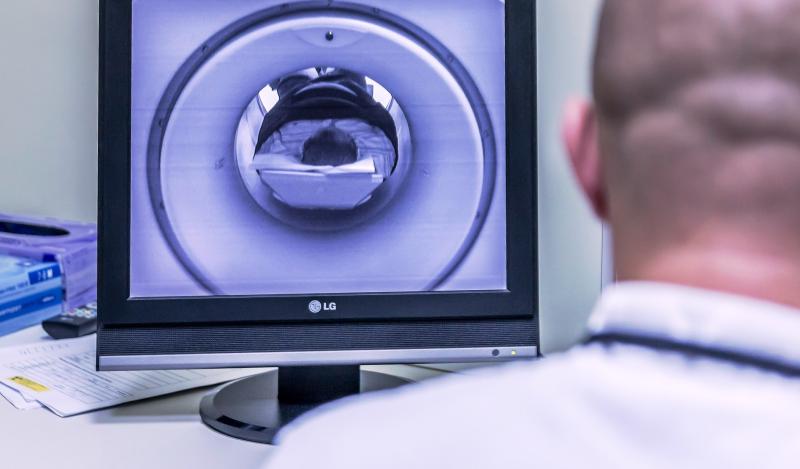 What’s going on with MRI? Once the darling of medical imaging, MRI had fallen on hard times. But those times didn’t last.

After years of growing popularity, MRI usage fell sharply from 2016 to the next year. Then, in 2018, MRI rebounded, according to the Organization for Economic Cooperation and Development (OECD). Whether that will continue this year and beyond is hard to say.

What we do know is that federal regulators have been targeting imaging – particularly the higher tech, more expensive modalities. Imaging reimbursements have been declining for years. But lately, the picture has been mixed.

Meanwhile, some outpatient MRI providers are cutting prices. Smart MRI, for example, is advertising better pricing and, in a doff of the proverbial hat to the consumer, is advertising a “better patient experience,” as well.

The Power of Value

The decision by this chain of outpatient MRI centers aligns with value-driven medicine, which is advancing at the same time that providers, insurers – and, importantly, employers – have come to recognize that MRI delivers value. This could be very significant.

Companies – at least ones that look to the long term – recognize that MRI can help. Speaking at the annual meeting of the AHRA in July, an executive of The Advisory Board Company said: “We want our 25-year-old employee to get his MRI (when he hurts his back).” Better to treat that injury when it happens, he told me, rather than later on. “If he is our employee 25 years down the road, we don’t want to bear the cost of $50,000 for more advanced care,” he continued – certainly not when an MRI might have provided information that could have led to a resolution of the issue early on.

Gunslingers on the Rebound?

The Wild-West days of magnetic resonance imaging are gone. Those were in the 1980s, when outpatient MRI was roaring (largely because MR scanning was less expensive at clinics than in hospitals); and when the value of the modality was as evident as the images were startling. These times may be long ago but they may still be relevant.

One MRI convert told me back then that he had never seen anything like MR images. Now, decades later, just about everybody is familiar with MRI – doctors and nurses; parents and children; even sports fans who read about injured players’ knee scans.

With a slight twist, could history be repeating itself? Could MRI be in for a resurgence?

Potentially driving usage could be demand for the diagnosis of neuromuscular disease – as yet unproven but intuitively helpful as a diagnostic aid. Characterized by progressive muscle degeneration and weakness, each neuromuscular disease is individually rare. BUT…taken as a group, their incidence is common.

Many lack effective treatment with drugs fully approved for marketing. Magnetic resonance imaging and spectroscopy are showing increasing promise as an outcome measure in clinical trials for these diseases.

If this potential leads to drugs for disease treatment, the use of MR imaging and spectroscopy for diagnosis might accompany the marketing of these drugs. And then there are recent developments in cardiac MR, particularly as it relates to FFR (fractional flow reserve).

But even if such developments don’t drive MRI growth, the modality could be in for a growth spurt through the widespread adoption of value-medicine. Already we are seeing a lot of work being done on the underlying technology.

Future Products – Or Not?

Works in progress run the gamut from whole MRI systems to components designed to improve workflow. Some promise to bring data to mobile devices, such as cell phones and tablets. The question is whether these new ideas will turn into real products or if they are just hopeful embellishments of where technology might go. A lot is at stake.

The manufacturers of MRI equipment have to anticipate where markets are going, just as quarterbacks have to throw to where a receiver is going, not to where he has been. But they have to be careful. Niether can be taken in by head fakes.

For-profit companies eventually have to make a profit. And making the world a better place is not their top criterion. That is not to say profitable businesses don’t make the world better. They did so when it came to MRI and other high- tech -- as well as low-tech -- imaging modalities. (When was the last time you heard of a doctor recommending exploratory surgery?)

But imaging undeniably has made health care more expensive. Yes, heroic measures like exploratory surgery are seldom, if ever, done anymore. But that kind of surgery was never commonplace. And for good reason.

Not only were exploratory surgeries difficult for patients to bear physically, they added expense, gobbling up operating room and staff time, and incurring costs as patients were hospital-ridden for days or weeks. MRI, on the other hand, has been widely used, particularly in the United States, for decades.

In the mid-1980s, Medicare began reimbursing for its scans. Third party insurers followed suit. And the flood gates opened.

As often happens with any new technology, MRI reimbursements were high in those early days. Not surprisingly, the number of MRI scanners installed in the U.S. spiked n the following decades. But the number began to ebb as the market grew saturated and reimbursements declined. Still MRI remains popular.

In 2018, 119 MRI exams were performed per 1000 residents in the U.S., making America the second biggest user of MRI in the world, surpassed only by Germany, according to OECD.

Even though medical practice in the U.S. is changing, such that value – not reimbursement – is becoming the most important factor. But cost will remain an issue, because it will factor into the calculation of value.

And so, MRI has come to a fork in the road. It stands either on the cusp of renewed greatness or on the periphery of a bubble ready to burst. Or it could just stand there – paralyzed – at that fork.

Time – and the development of MR technology – will tell.