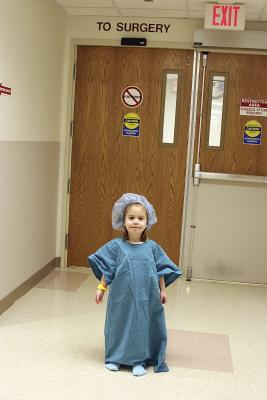 August 24, 2018 — Children with certain types of brain tumors who undergo radiation therapy are less likely to recall the specifics of events occurring after radiation than to remember pre-treatment happenings, according to a Baylor University study. The study compared these children to children with healthy brains.

The finding is significant because children after treatment had less volume in the hippocampus — a part of the brain that plays an important role in memory. But while such a decrease usually is associated with Alzheimer’s disease, dementia, brain injury, epileptic amnesia, encephalitis and aging, with those conditions both remote and recent memories are impaired, said lead author Melanie Sekeres, Ph.D., director of Sekeres Memory Laboratory at Baylor University.

“The surprise, and the up side, is that episodic memories from before the children’s treatment were spared,” Sekeres said.

For the study, published in The Journal of Neuroscience, researchers focused on “autobiographical memory,” which is linked to unique personal events. Autobiographical memory involves the recollection of emotional and perceptual details that allow a person to mentally re-experience the event, said Sekeres, assistant professor of psychology and neuroscience in Baylor University’s College of Arts & Sciences.

Radiotherapy and chemotherapy are used to treat the most common malignant brain tumor in children — a medulloblastoma. The reduced volume of the hippocampus is likely due, in part, to radiation’s impact on the development of new cells in the nervous system, including the growth of new neurons in the hippocampus, or neurogenesis.

“We know that these new cells play crucial roles in regulating memory and spatial learning, which is required to navigate. These treatments limit the brain’s ability to produce these new cells, which, in turn, limits the ability to form new memories,” Sekeres said.

Research participants were 13 child survivors of brain tumors who had previously received radiotherapy and chemotherapy treatment at least one year before the study. Twenty-eight healthy youths of similar ages (ranging from 7 to 18) also were recruited for the study, conducted with The Hospital for Sick Children in Toronto, Ontario, Canada. All the youths completed the Children’s Autobiographical Interview — a standardized memory test — and underwent magnetic resonance imaging (MRI) of the brain.

In individual interviews, children in both groups also were asked to recall memories from personal events that occurred at a specific time and place. Children were asked to recall a very old memory from an event before their radiation treatment (or an equally old memory for the healthy children), and a recent memory from within the past month. They were offered a list of events such as a birthday party, family trip, graduation and getting a pet but were told that they could choose another happening.

The interview allowed children to freely recall without prompting before being asked general and specific questions about the event.

“They have a hard time forming new, detailed memories,” Sekeres said. For example, when talking about a recent birthday party for a friend, they might tell how they met the friend and what that individual likes to do, but few specifics such as what they wore, the type of cake, what friends were there and what activities they did at the party, she said.

“Such specific details might seem trivial, but these are precisely the kinds of details that allow us to vividly replay important events in our lives,” Sekeres said. “For most events, though, even healthy people forget a lot of specific details over time because we typically don’t need to retain all that incidental information. Some forgetting is normal and adaptive, and what we remember is the gist of an older event.” The patients were just as capable as healthy children of recalling these older memories, she said.

But for children with brain tumors who have undergone radiation, the study suggested “deficits in their ability to either encode and/or retrieve highly detailed memories for personal events,” Sekeres said. “And those are the kind of memories that allow us to understand who we are and give us rich personal lives.

“The study identifies an area of cognition that is inadvertently impacted by standard treatment methods, which has real consequences for the quality of life of the survivors. The physicians’ ultimate goal is to allow their patients to survive and to live as well as possible,” Sekeres said. “Although these treatments are often crucial in the effective management of the cancer, if the physicians and the family know there are these unintended side effects, that may be an additional factor to consider when exploring the treatment options.”