Recognized as the “Pulitzer Prize of the business press,” the Jesse H. Neal Award finalists are selected for exhibiting journalistic enterprise, service to the industry and editorial craftsmanship 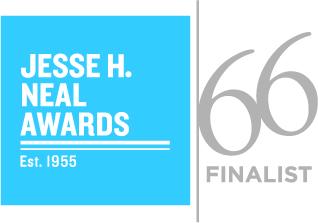 The Jesse H. Neal Awards are the most prestigious editorial honors in the field of specialized journalism. Named after Jesse H. Neal, the first managing director of Connectiv, the Neal Awards were established in 1955 to recognize and reward editorial excellence in business media. Award-winning content reports on major industry issues of the time. Neal winners have exposed corruption and conflicts of interest and brought attention to major new trends, brilliant leadership, innovative tactics, and key developments in global businesses.
Recognized as the “Pulitzer Prize of the business press,” the Jesse H. Neal Award finalists are selected for exhibiting journalistic enterprise, service to the industry and editorial craftsmanship.
The entries selected as finalists include:
ITN has been honored with this prestigious award several times in the past:

The winners will be announced by Connectiv at an awards luncheon held on March 27 in New York City. For more information: www.siia.net/neals