How Radiology Can Put The Patient First 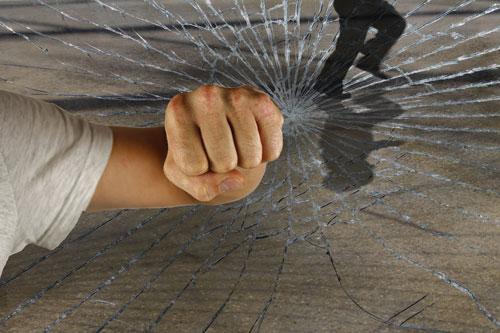 Radiology cannot stay where it is. Yet threats make it dangerous to move.

The adoption of picture archiving and communication systems (PACS) and electronic medical record (EMR) systems has increased healthcare’s vulnerability to cyber attack. According to a 2015 report by the Identity Theft Resource Center, cyber breaches at healthcare institutions represented about one-third of such reported incidents nationwide. The widening adoption of enterprise imaging could make healthcare even more vulnerable.

Quantitation promises objectivity, but threatens to restrict the human element of decision-making, pulling radiology further back from patient involvement.

Radiologists are being urged to become more involved; to exert greater influence in the management of patients. But doing so runs counter to what radiologists traditionally have done.

Radiologists have, for the most part, been a kind of human black box. Images are read; conclusions are drawn and dictated. With the exception of interventional radiology, patient contact has been limited. Some pundits in radiology have proposed that radiologists become more patient-oriented to better fit the growing emphasis on patient centricity in value medicine.

But that’s like saying a lion should become a zebra because stripes are “in.”

If radiologists veer down this path, they could risk their sense of self. Decades of service have established them as experts at interpreting medical images and advising other physicians — conveying to them the significance of clinical findings.

Radiologists don’t have to change. Their skills can continue to serve them — and patients — well. Those skills just have to be fitted into the evolving character of value medicine.

To gain influence among other specialties, radiologists could adopt the role of guardians of truth, pushing back against the “Draper Effect” — that button-down, crisp white shirt, straight tie, shoes shined to a gloss perfection, which in commercialized radiology takes the form of “perfect” images. They are prevalent at trade shows; appear commonly in sales brochures; and accompany case studies on vendor websites.

Draper images are spectacularly unreal, and as such rub against the grain of value medicine. If radiologists were to fight against them, it may be a very good thing. Not only will it amplify the credibility of radiologists, but the true validity of imaging technology. Nothing undoes a technology or, by extension, a product, like disappointment. And disappointment is sure to happen if practitioners expect to get these pristine beautiful images when the everyman and everywoman is scanned, especially when efficiency and effectiveness are premiums.

Radiology can enhance its influence in healthcare through the balanced and thoughtful inclusion of technologies, calling upon their experience and knowledge to help facilities come up with policies about when and how to use imaging technologies. This will be especially so when new imaging technologies and capabilities are considered — for example, quantitation.

Quantitation may appear ready-made for value medicine with its emphases on efficiency and cost reduction. At the University of Pennsylvania, the Penn Center for Innovation has developed an image quantification tool that promises to help achieve both goals. Called the Automated Anatomy Recognition (AAR) system, it localizes and delineates cancer in multiple body regions using magnetic resonance imaging (MRI), computed tomography (CT) and positron emission tomography (PET)/CT images. When applied to radiation therapy planning, AAR can reduce the time needed to delineate organs from several hours to less than five minutes.

The Perils of Modern Imaging

But quantitation, which by definition associates a range of numerical values with a certain pathology, may create the illusion that diagnosis can be reduced to numbers. And that is just not true.

When interpreting exams, radiologists draw from their experience. They may consider quantitative measures, but they will be interpreted in a broader context, one that involves qualitative measures.

Being the voice of caution, when it comes to the adoption of technologies and their routine use, requires careful consideration. Through PACS, radiology paved the way for healthcare’s transition to electronic medical records. As digital information makes new inroads, leveraging enterprise imaging, radiologists are well positioned to provide the vigilance and insights to defend the integrity of healthcare. This is particularly so when it comes to cyber threats.

The world is awash in hacking, from politics to finance. Even government agencies, which should have the strongest defenses, seem powerless to stop incursions. Instances in healthcare are revealing vulnerabilities that radiology can — and must — battle. Particularly vulnerable are networked imaging devices that use outdated operating systems, such as Windows XP, non-patched versions of Windows 7 and 8, and Windows NT. By leading through example and fighting to remedy these problems, radiology can point the way to a safe and wise use of medical technologies.

It is imperative that radiology move forward, building upon its past to make a stronger future, and resisting efforts to “put patients first” in the same ways as do family practitioners, sports medicine specialists and oncologists.

Radiologists can put patients first in ways that build on the strengths of their profession, strengths established over decades of practice, serving as the arbiters of technologies and clinical results; working with other physicians to manage and protect patients; and leveraging skills that have come from understanding and meeting the needs of patients … as only radiologists can.

Editor’s note: This column is the culmination of a series of four blogs by industry consultant Greg Freiherr on Patient Centricity. The blogs, “Value Medicine: Radiology’s Big Chance,” “What To Do About The Draper Effect,” “The Case Against Quantitation” and “Protecting Patients From Hackers,” can be found at www.itnonline.com/content/patient-centricity.