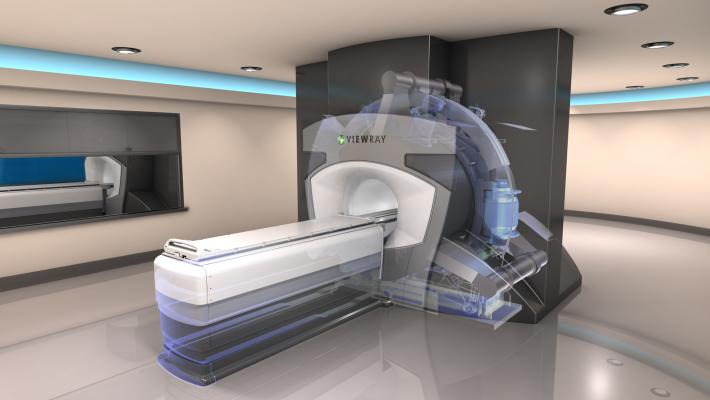 The first two MRIdian Linac systems in the United States are expected to be installed at Henry Ford Hospital in Detroit and Barnes-Jewish Hospital at Washington University in St. Louis.

"Radiation oncologists have long awaited the availability of a clinical system that integrates MR-imaging with linac radiation delivery, as this is a major breakthrough in improving the efficacy of radiation therapy for patients," said Benjamin Movsas, M.D., chairman of radiation oncology at the Henry Ford Cancer Institute in Michigan. "At the Henry Ford Cancer Institute, we're proud to be among the first centers to offer treatment with MRIdian Linac. The ability to see what's happening inside the body while the patient is undergoing radiation therapy and ensure the radiation continually remains on target is a huge leap forward and will help us to improve patient outcomes."

"With MRI-guided radiation therapy, we're able to watch the movement of tumors and organs in the body as radiation is being delivered and adapt the dose of radiation in real time, to help ensure the maximum dose reaches the tumor and that surrounding healthy tissue is spared," said Sasa Mutic, Ph.D., director of radiation oncology physics at Washington University School of Medicine. "This technology helps us treat tumors such those in the lung, liver and pancreas where increased precision is important due to nearby organs and other critical structures."

Read a feature story from the June 2016 issue of ITN on MRI-guided radiation therapy.