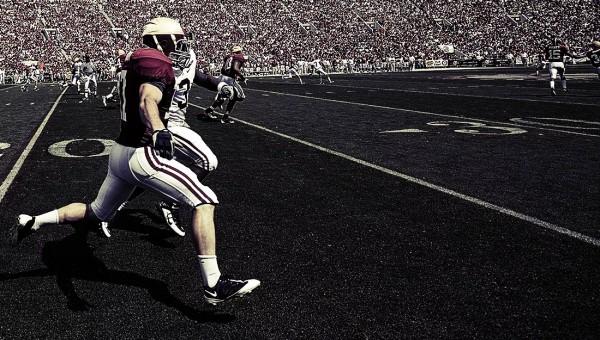 May 15, 2017 — A new study of high school football players adds to mounting evidence that the Q-Collar may help reduce brain injury from sports-related head impacts.

The study, conducted by Cincinnati Children's Hospital Medical Center researchers and published in the Journal of Neurotrauma, detected significant changes in brain activity in players who did not wear the collar throughout the 2015 fall football season. There was no detectible change in players who wore the collar.

The Q-Collar, inspired by the brain-protecting anatomy of woodpeckers and head-butting rams, is designed to mitigate the dangers of head impacts. The collar imparts a mild compressive force on the wearer's muscles that surround the jugular veins, slightly increasing blood volume within the skull. This volume increase creates a "bubble wrap" effect that reduces the brain's sloshing, twisting and slamming against the interior walls of the skull.

"Since the collar is a first-of-its-kind technology, it's important to substantiate its safety and effectiveness," said co-author Greg Myer, Ph.D., director of sports medicine research at Cincinnati Children's. "That's why we've performed multiple studies about its safety and its brain preservation capabilities, and the findings are promising. This study is no exception. We'll continue to evaluate the evidence as the Q-Collar works its way through federal regulatory oversight."

Twenty-five Cincinnati high school football players wore the collar during the season (practices and games) and 27 did not. The participating students wore collision-detecting accelerometers in their helmets and sustained a similar frequency and magnitude of head impacts over the season between two study groups. Both groups performed "N-Back" working-memory tasks before and after the season to measure working-memory function and subsequent alterations in memory after experiencing a full competitive season of repetitive head impacts.

The group that did not wear the collar exhibited significantly increased neuronal activity, revealed by functional magnetic resonance imaging (fMRI), in the post-season follow-up testing. Neuronal activity increased in direct association with the total number of impacts and the cumulative g-force of the head impacts the players had sustained. The collar-wearing group's neuronal activity did not change significantly from pre- to post-season testing even though they had similar number and magnitude of head impacts.

"The significant correlation between the increase in brain activation in the non-collar athletes and the magnitude and severity of head impact exposure is of particular interest, especially when this correlation presented a timing effect, i.e., head impacts experienced closer to the post-season assessment showed greater correlation with the alteration in brain activity. Although a causal relationship is yet to be established via further larger scale studies, the current findings have started to lead us to attribute the neuro-functional changes to the mechanical loading experienced by the athletes," said the study's lead author, Weihong Yuan, Ph.D., from the Pediatric Neuroimaging Research Consortium, Radiology, at Cincinnati Children's.

"Overall, our data provides initial neuroimaging evidence for the effect of repetitive head impacts on the working-memory-related brain activity, as well as a potential protective effect of the collar," said Myer. "These subtle but significant changes within the non-collar group may reflect the initial response of the brain to the repetitive impacts. We will need to further examine the long-term follow-up data to determine whether the increased neuronal activity indicates transitory compensation or the onset of a restructuring of the brain with longer-term implications for memory performance."

In a hockey study reported last June, despite the small sample size, significant longitudinal white matter changes derived from diffusion tensor imaging (DTI) — a type of MRI — were found in the non-collar group but not in the collar group, suggesting potential protective effect from the Q-collar.

In the football study mentioned above, DTI was also measured in the Cincinnati high school football players who participated in the "N-Back" testing. Players wearing the collar showed no statistically significant alterations over the season in their brains' white matter microstructure, which connects the processing centers of the brain. By contrast, the athletes who did not wear the collar showed statistically significant alterations suggesting underlying micro-structural alterations in response to repetitive head impact.

Animal studies have also suggested protective benefits of the Q-Collar. In two prior peer-reviewed research studies conducted on small animals published in the medical journals Neurosurgery and Journal of Neurosurgery, researchers found an 83-percent reduction in the number of torn brain fibers in a standard concussion model when a collar was used.

The Journal of Neurotrauma study was partially funded by Q30 Innovations, developer of the Q-Collar.