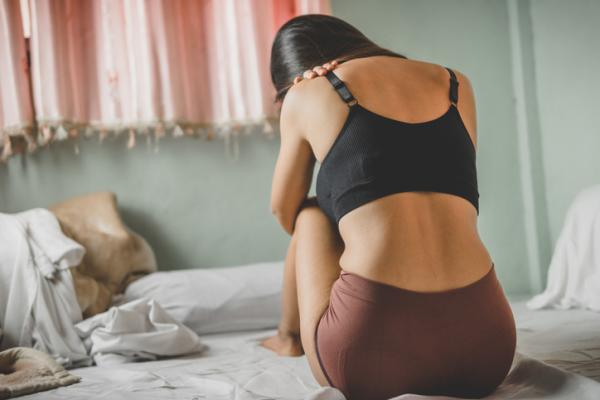 October 21, 2022 — A new study finds that sexual side effects of cancer treatment are discussed far less frequently with female patients than with male patients, even when the treatment directly affects sex organs. Among patients receiving brachytherapy for prostate or cervical cancer at a high-volume cancer center, 9 in 10 men were asked about their sexual health, compared to 1 in 10 women. The study, which also found a smaller but similar disparity in clinical trials nationwide, will be presented at the American Society for Radiation Oncology (ASTRO) Annual Meeting.

Findings point to an opportunity for physicians to gain a better understanding of their patients’ experiences with cancer treatment. “There seems to be a big disparity in the way we approach sexual dysfunction with our patients, where female patients are asked about sexual issues much less often than male patients are,” said Jamie Takayesu, MD, lead author of the study and a radiation oncology resident physician at the University of Michigan Rogel Cancer Center in Ann Arbor, Mich. “Equally importantly, we see this trend on a national level in clinical trials.”

Because these patients often can expect to live a long time after treatment, the potential for long-term side effects including sexual dysfunction is important to consider, said Dr. Takayesu. With brachytherapy for prostate or cervical cancer, doctors insert radioactive sources directly into the tumor, which can cause toxicity to the organs in the genital region.

Roughly half of the women who receive cervical brachytherapy experience sexual side effects, most commonly changes to vaginal tissue and dryness that can cause pain and discomfort. Between a quarter and half of the men who receive prostate brachytherapy will experience erectile dysfunction. Side effects can occur during, after or well after treatment.

The study design combined a retrospective analysis of institutional data with an analysis of national clinical trials. For the institutional analysis, researchers reviewed consult notes in the records of 201 patients who were treated with brachytherapy for prostate cancer (n=75) or cervical cancer (n=136) between 2010 and 2021.

They found a stark difference between how many male versus female patients were asked about sexual health at their initial consult – 89% of men, compared to 13% of women (p<0.001). None of the patients with cervical cancer had their sexual health assessed with a patient-reported outcomes (PRO) tool, compared to 81% of those with prostate cancer.

This disparity likely stems from several factors, said Dr. Takayesu, including some specific to the diseases studied. With prostate cancer, for example, patients often have multiple treatment options, and sexual side effects are a common consideration when choosing between therapies. With cervical cancer, however, there is less variability in the treatment paradigm.

Currently, there are no FDA-approved medications specifically for female sexual dysfunction, although multiple options – medications, implants and other treatments – are available for male impotence.

“The only tools that we commonly recommend for women are lubricants and dilators, but even these are not great options,” said Dr. Takayesu. Several large studies have confirmed that existing treatments for women are often ineffective. “It's easy for us to prescribe different medications for our male patients, but for our female patients, we don't have that first step. I think that creates a barrier to bringing these issues up,” she said.

And specific to brachytherapy, Dr. Takayesu said sexual function might be preserved through modifications made during the treatment planning process, such as placing the brachytherapy sources differently or tailoring their radiation doses differently.

Ultimately, she said the onus is on doctors to start asking female patients about their sexual health more frequently. “If we don’t know about problems, we can’t solve them.”