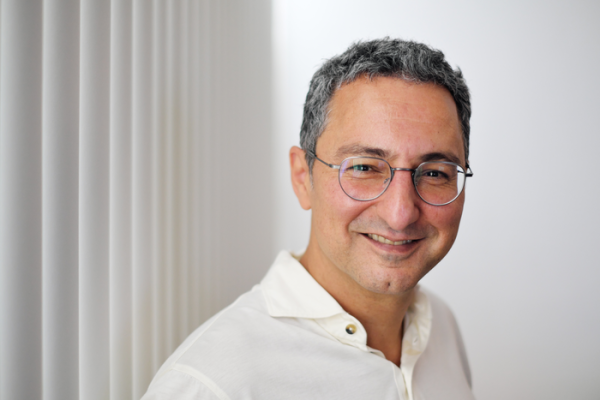 April 15, 2022 — Prostate cancer is the most common malignant tumor in men in Germany, with about 62,000 new cases diagnosed each year[1]. Worldwide, there are more than 1.3 million new cases a year. As with many other types of malignant tumors, prostate cancer responds well to treatment if caught in its early stages. The survival rate for patients who undergo radiation therapy or have their prostate gland surgically removed is around 90%. However, even if the prostate gland has been removed, there is still a risk of metastasis. 'Metastasis can occur if the surgeon was not able to extract all of the tumor during the operation and tiny fragments of cancerous tissue are still present. This may mean that the cancer returns many months later even though the original tumor is no longer present,’ explains Samer Ezziddin, Professor of Nuclear Medicine and Director of the Department of Nuclear Medicine at the Saarland University Medical Center.

For several years, medical scientists have been using a reliable method of detecting both metastases, where the cancer has spread to other parts of the body, and local recurrences, where the cancer has reappeared in the same place that it was first detected. The technique, known as PSMA-PET/CT imaging, is performed using a positron emission tomography scanner. The method is used when prostate-specific antigen (PSA) is detected in the blood of patients whose prostate has already been removed. Prostate-specific antigen is produced by both the prostate gland and by prostate tumor tissue. The presence of measurable quantities of PSA in the blood of a man whose prostate has been surgically removed therefore indicates that the primary tumor, which may have been removed a considerable period of time ago, has metastasized or recurred. However, it is often unclear where precisely these PSA-producing metastases are located. A prostate carcinoma that has spread to other parts of the body can mean that PSA is found in the patient’s bones, lymph nodes or liver. In the PSMA-PET/CT imaging technique, the focus is on detecting a protein molecule known as PSMA (prostate-specific membrane antigen) that is attached to the surface of the prostate tumors cells and can thus be used to identify the locations of the metastases. ‘The problem is that other non-prostate related pathologies can also result in the presence of PSMA,’ explains Samer Ezziddin. For example, PSMA can be produced following a bone fracture due to the increased formation of blood vessels in the tissue surrounding the fracture site. Similarly, small and completely harmless vascular tumors, known as haemangiomas, can also express PSMA.

This is where modern imaging technology comes into play. ‘Since about 2014 or 2015 we’ve been using PSMA-PET/CT to see where metastases or local recurrences have formed,’ says Professor Ezziddin. ‘The technique involves injecting a radiopharmaceutical into the patient’s vein. The radiopharmaceutical is a tracer compound containing a weakly radioactive substance that is able to attach itself to the PSMA molecule. After a while, the PET-CT image shows us the distribution of PSMA molecules, which allows us to identify where a tumor is located or to map the distribution of metastatic sites.

So far, short-lived radiotracers such as gallium-68-labelled PSMA ligands have been the markers of choice. The 68Ga isotope has a half-life of 68 minutes, so for about an hour after injection, the radiologists can see precisely where the tracer has ended up and thus identify the likely site of a tumor. But on a PET-CT image it is not always easy to distinguish between a malignant tumor and harmless structures such as haemangiomas. ‘In around half the cases we look at, we don't see any abnormalities in a conventional PSMA-PET/CT image,’ says Ezziddin.

Ezziddin and his team have therefore been testing a new radiopharmaceutical that contains the isotope zirconium 89 (89Zr), which has a significantly longer half-life and has not fully decayed even after several days. ‘The results were stunning,’ says Samer Ezziddin. ‘We examined twenty patients whose conventional PSMA-PET/CT scans were all negative. That is to say, we were unable to find any evidence of metastases or other tumor tissue in the original images. But when we used the zirconium-89-labeled radiotracer, we found early-stage tumors and metastases in all of the patients in our small sample group.

As a result, these patients could be treated using radiation therapy much earlier than would otherwise have been the case. Because the medical team now knew the precise location of the cancer cells, they were able to subject these regions to a very precise and much higher dose of radiation. Normally, the medical staff are much less certain of where the cancer cells are located, and therefore have to take a less targeted approach, which has the associated risk of exposing surrounding healthy tissue to radiation, something they would ideally wish to avoid. Without the new radioisotope tracer, a negative result from a conventional PSMA-PET/CT scan would have meant that these metastases and local recurrences would have gone undetected for far longer. ‘And that, of course, means that a patient’s chances of survival are considerably diminished,’ explains Samer Ezziddin.

‘But the longer half-life also allows us to examine other patients, too. If we have patients who previously had a mildly positive or indeterminate PSMA-PET/CT scan, we can now use the new technique to identify those regions in which higher levels of PSMA were only due to the presence of benign pathologies and thus distinguish them from true prostate cancer aetiologies,’ says Professor Ezziddin. ‘In contrast to a region with a malignant prostate tumour, these other regions will no longer be visible on the PET/CT image.’ The reason for this behavior lies in the slightly different structure of a PSMA molecule bound to the membrane of a prostate cancer cell than one bound to, say, the surface of blood vessel cells. After a few days, the radiotracer is no longer attached to these harmless regions but is still bound to the cancer tissue. The accuracy of the imaging results is thus enhanced enormously when the tracer molecule contains zirconium 89 as the radionuclide.

Although the results that Professor Ezziddin and his team have produced are from a case study and not a peer-reviewed study, the huge relevance of their findings for many patients, has prompted Ezziddin to publicize the surprisingly clear-cut results from this small pilot study. It may thus be possible to help patients whose metastases would previously have been detected much later using conventional PSMA-PET/CT imaging.

‘At a conservative estimate, I would say that each year between 100,000 and 200,000 men worldwide could benefit from this new technique,’ says Ezziddin.