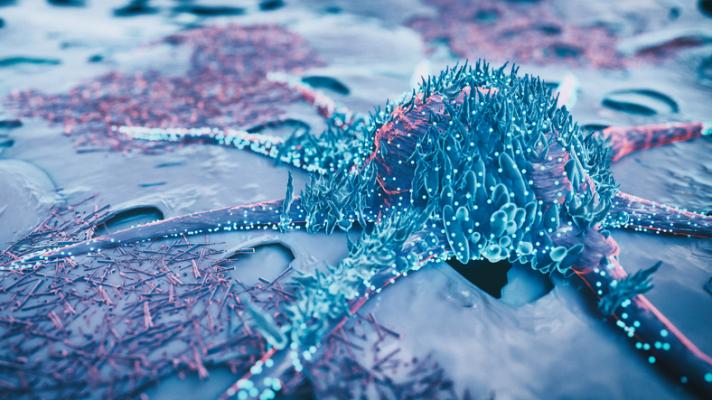 March 23, 2022 — A new study from Keck Medicine of USC finds that the incidence rate of metastatic prostate cancer has significantly increased for men 45 and older and coincides with recommendations against routine prostate cancer screenings.

"This study is the first to document a continued rise in metastatic prostate cancer using the most up-to-date population dataset,” said Mihir M. Desai, MD, MPH, a urologist with Keck Medicine and co-lead author of the study. “The discovery has important ramifications for men because prostate cancer, when caught early, typically through a screening, is very treatable and often curable.”

Desai is also a professor of clinical urology at the Keck School of Medicine of USC and an associate member of the USC Norris Comprehensive Cancer Center, part of Keck Medicine.

Routine prostate-specific antigen (PSA) screenings for prostate cancer began in the United States almost three decades ago. PSA screenings measure the amount of PSA in the blood, and elevated levels can indicate cancer.

In 2008, the United States Preventive Services Task Force (USPSTF), a leading national organization in disease prevention and evidence-based medicine, recommended against routine PSA screening for men older than 75. This was followed by a recommendation against screening for all men in 2012.

Research shows that prostate cancer screenings for men declined after the recommendations changed across all age groups and racial backgrounds.

Keck Medicine researchers wanted to assess metastatic prostate cancer trends before and after the USPSTF recommendations against screenings.

They identified men 45 and older with a diagnosis of invasive prostate cancer from 2004-2018 through the Surveillance, Epidemiology and End Results (SEER) Program cancer incidence database.

The researchers note that these increases stand in contrast to the decreasing trends in incidence of metastatic prostate cancer between 2004-2009, before the USPSTF stopped recommending routine PSA screenings for men.

The authors also discuss the possibility that other factors besides the change in screening recommendations in 2008 and 2012 could play a role in the uptick in cancer cases, such as the use of new, cutting-edge diagnostic and staging tools that are better able to detect low-volume (less invasive) metastatic prostate cancer.

However, they conclude that such techniques are not widespread, and typically not used for first-time cancer detection, so are unlikely to be of significance in the findings.

“This data is very important as it indicates the need to constantly reassess the impact of policy decisions,” said Giovanni Cacciamani, MD, MSc, co-lead author of the study, an assistant professor of research urology and radiology at the Keck School and an associate member of USC Norris. “Otherwise, we may see a continued rise in metastatic prostate cancer.”

The original concerns for stopping the screenings — that they led to overdiagnosis and overtreatment of low-risk prostate cancer — may also be outdated, say the authors.

"Urologic centers of excellence, including USC Urology, are continually researching ways to leverage technologies to optimize patient outcomes and decrease side effects of treatment,” said Inderbir Gill, MD, chairman of the Catherine and Joseph Aresty Department of Urology, distinguished professor of urology at the Keck School, executive director of the USC Institute of Urology and a member of USC Norris. “More refined strategies, including biomarkers and magnetic resonance imaging, have already increased detection of clinically significant cancers, while active surveillance is increasingly used for low-risk and favorable intermediate-risk disease, thus mitigating the risks of overtreatment.”

Other Keck Medicine study authors include Juanjuan Zhang, a statistician at the Keck School; Lihua Liu, PhD, associate professor of clinical population and public health sciences at the Keck School, director and principle investigator of the SEER Program and a member of USC Norris; and Andre Abreu, MD, a urologist with Keck Medicine who directs the Center for Targeted Biopsies & Focal Therapy at the USC Institute of Urology.