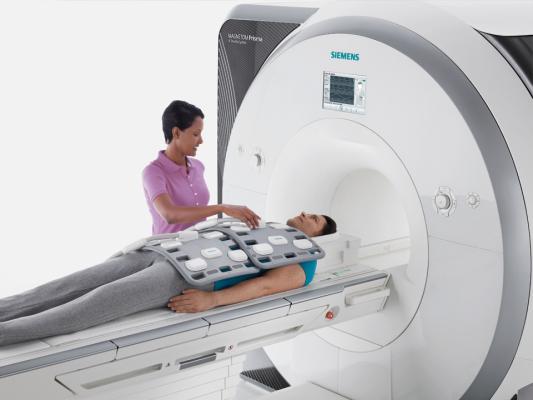 August 22, 2016 — Researchers at the University of California San Diego School of Medicine have found that a form of magnetic resonance imaging (MRI) corresponds with histological responses in patients with nonalcoholic steatohepatitis (NASH). The MRI technique in question non-invasively measures fat density in the liver.

The finding, published in the journal Therapeutic Advances in Gastroenterology, suggests the imaging technique can be useful in future NASH clinical trials and in treatment.

NASH is an advanced form of nonalcoholic fatty liver disease (NAFLD), which occurs when fat accumulates in liver cells due to causes other than excessive alcohol use. The precise cause is not known, but diet and genetics play substantial roles. The condition is relatively common. NAFLD occurs in roughly 20 percent of non-obese persons and in more than 60 percent of obese persons.

NAFLD often has no symptoms, but can progress to NASH and, ultimately, to cirrhosis or liver cancer.

“NAFLD and NASH are invisible diseases. In most cases, adverse effects are not noticeable until the disease is well-advanced,” said senior author Rohit Loomba, M.D., professor of medicine at UC San Diego School of Medicine and director of the Nonalcoholic Fatty Liver Disease Research Center at UC San Diego Health. “The ability to accurately quantify liver fat content, without resorting to needle biopsies, represents a significant advance, in the lab and in the clinic.”

Loomba and colleagues in the NAFLD Translational Research Unit and Liver Imaging Group looked at how a form of MRI, called magnetic resonance imaging-estimated proton-density-fat-fraction (MRI-PDFF), compared to liver biopsies in 35 patients with confirmed NASH diagnoses. Some patients received treatment for their condition, some received a placebo. All were assessed with both techniques before and after the treatment period.

The researchers found that a 29 percent reduction in liver fat, as measured by MRI-PDFF, translated to a clinically important improvement in liver histology. “MRI-PDFF has the potential to be a cost-effective and convenient method for liver fat quantification. It requires only a single, 20-second breath hold and an estimated time of about five minutes in an MRI scanner,” said Loomba.

Funding for this research came, in part, from Atlantic Philanthropies, Inc., the John A. Hartford Foundation, OH, the Association of Specialty Professors, the American Gastroenterological Association and the National Institutes of Health (grant K23-DK090303).