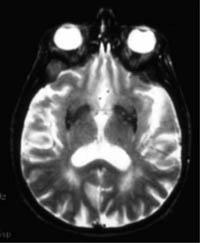 September 8, 2011 — A study in the journal Neurology International reveals a potentially treatable blood vessel abnormality in the brain may be the cause of Parkinson’s disease in some patients. A team of physicians and neuroscientists at Pittsburgh’s Allegheny General Hospital (AGH) conducted the study.

The study's lead author, Peter Jannetta, M.D., is credited with developing the modern surgical technique to treat such conditions. He is recognized worldwide as one of the preeminent authorities on diseases associated with vascular compression of cranial nerves.

Called microvascular decompression (MVD), the procedure involves repositioning compressive arteries in the brain and placing a protective pad between the artery and the structure it is compromising.

Jannetta first observed the possible role of vascular compression in Parkinson’s while treating a patient for the cranial nerve disease trigeminal neuralgia who also suffered from Parkinson’s. In addition to vascular compression of the left trigeminal nerve, the patient also had notable compression of an area of the brain called the left cerebral penduncle. The cerebral penduncles are two cylinder-like nerve bundles in the brainstem that act as a conduit for signals controlling motor functioning throughout the body.

After performing MVD of the left trigeminal nerve, Jannetta decompressed the patient's cerebral penduncle by mobilizing and repositioning the offending artery. The results were stunning. By post-operative day five, the patient's Parkinson's symptoms, including severe tremor and rigidity, had disappeared.

She remained symptom free for 18 months, after which she suffered a full recurrence. A follow-up magnetic resonance imaging (MRI) scan showed new compression of the non-treated right cerebral penduncle by the opposite posterior cerebral artery.

Based on this case, Jannetta and his AGH colleagues conducted a blinded MRI study analyzing the brains of 20 patients with Parkinson's and 20 healthy control subjects. The study showed 78 percent of the Parkinson's patients had visible arterial compression/distortion of one or both cerebral penduncles.

Of the study's 20 control subjects, just two had low-grade compression of the cerebral penduncle and one of those was subsequently diagnosed with Parkinson's.

A multi-center clinical trial to further explore the AGH team's premise has already been organized and is slated to begin later in 2011.