Results indicate little impact for patients already undergoing other treatment for Alzheimer’s, but results were promising for patients on drug monotherapy 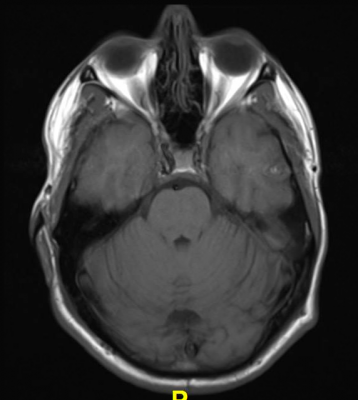 August 24, 2016 — Important clinical trial results in Alzheimer's disease and dementia were recently reported at the 2016 Alzheimer's Association International Conference in Toronto, Canada, including the first completed Phase 3 trial of an anti-tau drug in Alzheimer's.

A clinical trial of LMTM (TauRx Therapeutics Ltd.) in people with mild to moderate Alzheimer's failed to demonstrate a treatment benefit in the primary analysis of the full study population in both doses tested. However, in a pre-planned analysis of a small subgroup of the study population that received LMTM as a monotherapy, there was a statistically significant benefit on cognitive and functional outcomes, and slowing of brain atrophy. The study drug is thought to reduce the accumulation of the protein tau, which normally stabilizes neurons, into potentially toxic tangles.

"It is a significant event in the history of Alzheimer's and dementia research that this Phase 3 anti-tau trial has been completed and the results reported at the Alzheimer's Association International Conference," said Maria C. Carrillo, Ph.D., Alzheimer's Association chief science officer. "In Alzheimer's, the most likely scenario for successful future treatment is addressing the disease from multiple angles. Having a drug that targets tau complete a Phase 3 trial is a very hopeful sign."

Carrillo added, "We learn a great deal from every clinical trial – for example, about how to best conduct therapy trials in older populations, how to recruit participants and properly screen them for inclusion in trials, how to measure the impact of the intervention, and the side effects of various drug therapies. These all are extraordinarily important as we advance steadily toward better therapies and preventions for Alzheimer's and other dementias; and particularly as we envision those interventions being delivered in combination.  For example, combinations of drugs that target amyloid and tau and perhaps also inflammation, and combinations of drug interventions with lifestyle changes and protective factors."

Two abnormal structures called amyloid plaques and tau tangles are prime suspects in damaging and killing nerve cells in Alzheimer's. Though most people develop some plaques and tangles as they age, those with Alzheimer's tend to develop far more. Many studies have confirmed a link between the spread of tau tangles and the severity of dementia symptoms.

According to published studies, leuco-methylthioninium-bis(hydromethanesulfonate) (LMTM, TauRx Therapeutics) acts as a selective tau aggregation inhibitor in vitro and in transgenic mouse models. Phase 2 clinical trial results in mild to moderate Alzheimer's of the precursor compound as monotherapy (methylthioninium chloride, also known as methylene blue, brand name "rember") were reported at the 2008 Alzheimer's Association International Conference on Alzheimer's Disease. The Phase 3 study reported at AAIC 2016 uses a novel chemical entity to provide the drug in a stable reduced form permitting higher doses to be absorbed.

Researchers from TauRx and colleagues conducted a 15-month double-blind, placebo-controlled trial (NCT01689246) in 891 people (62 percent female) with probable Alzheimer's who had a Mini-Mental State Examination (MMSE) score in the range 14-26, Clinical Dementia Rating (CDR) score of 1-2 and were younger than 90 years. Participants were recruited at 115 sites across 16 countries in Europe, North America, Asia and Russia. Approved Alzheimer's treatments were being taken by 85 percent of study participants. The mean age was 70.6 years and baseline MMSE score was 18.7.

Participants were randomized 3:3:4 to receive oral LMTM at doses of 150 or 250 mg/day or control (containing LMTM 8 mg/day, to maintain blinding), respectively, and stratified by disease severity, global region and whether or not they were taking an Alzheimer's medication. Primary efficacy outcomes were change from baseline on standard measures of cognition and function – the Alzheimer's Disease Assessment Scale cognitive subscale (ADAS-Cog) and Alzheimer's Disease Cooperative Study-Activities of Daily Living (ADCS-ADL). Secondary outcomes included assessment every three months by magnetic resonance imaging (MRI) as a disease-modifying outcome, the Alzheimer's Disease Cooperative Study–Clinical Global Impression of Change (ADCS-CGIC) and MMSE. ADAS-cog and ADCS-ADL assessments were performed at baseline and every 13 weeks thereafter. Cranial MRI scans were performed at baseline/screening and every 13 weeks.

As reported at AAIC 2016, in the full study population, neither intervention arm of the trial was different from placebo. However, in a pre-specified analysis of a subgroup of the study population that was not taking an approved Alzheimer's therapy at the beginning of the study (in other words, who received LMTM as a monotherapy), there was a statistically significant benefit on the cognitive and functional outcomes, and brain atrophy measured by MRI.

More than 80 percent of study participants experienced at least one adverse event. The most common adverse events were gastrointestinal disorders, nervous system disorders, infections and infestations, and renal and urinary disorders.

"The study results failed to demonstrate a treatment benefit on either of the co-primary outcomes at either dose in the prespecified primary analysis. However, additional analyses are very encouraging and showed that patients taking LMTM as monotherapy had significantly lower decline than control patients or those taking LMTM as an add-on to existing Alzheimer's treatments," said Serge Gauthier, C.M., M.D., FRCPC, professor in the Departments of Neurology & Neurosurgery, Psychiatry, Medicine, at McGill University, and director of the Alzheimer Disease and Related Disorders Research Unit of the McGill University Research Centre for Studies in Aging, Douglas Mental Health University Institute, and first author on the study abstract submitted to AAIC 2016.

Carrillo said, "The results of this Phase 3 trial are interesting but also complex, and it will take time for the field to determine what they mean. The small number of participants receiving the study drug as monotherapy raises very important questions. Additional research is needed to help us understand these findings so that more and better Alzheimer's therapies can be created and effectively tested."