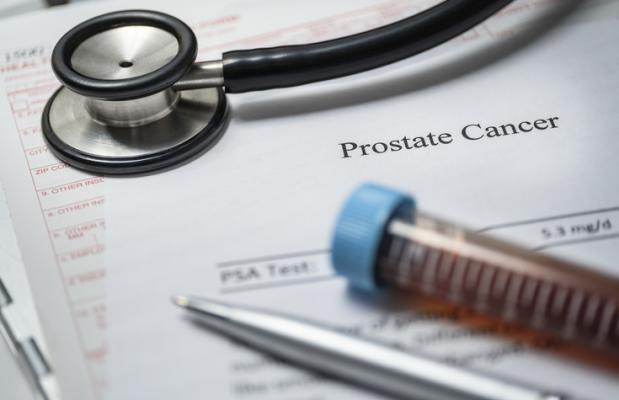 October 24, 2022 — In the face of conflicting evidence over the risks and benefits of routine prostate cancer screenings, a large, longitudinal analysis found Veterans Health Administration (VA) medical centers with lower prostate screening rates had higher rates of metastatic prostate cancer cases in subsequent years than centers with higher screening rates. Findings of the study will be presented today at the American Society for Radiation Oncology (ASTRO) Annual Meeting and are published in JAMA Oncology.

“This study provides evidence that facilities that are more intensively screening men may be reducing the risk of metastatic prostate cancer later,” said Alex K. Bryant, MD, lead author of the study and a radiation oncology resident physician at the University of Michigan Rogel Cancer Center in Ann Arbor, Mich.

While the study wasn’t a randomized, clinical trial – the gold standard in guiding clinical practice – findings are based on real-world evidence that can help guide screening decisions for patients weighing individual risks and benefits. “If someone had a strong family history of prostate cancer or other risk factors and wanted to reduce their risk of metastatic prostate cancer, these findings might support the decision to screen,” said Dr. Bryant.

“Conflicting research results understandably have led to reasonable variations in screening patterns,” said Dr. Bryant. “Physicians have very different feelings on the risks and benefits of prostate cancer screening. Some physicians feel the benefits of screening far outweigh the risks of false positives.” Others, however, do not.”

“Given the ambiguous clinical trial data about the efficacy of PSA screening,” he continued, “we were hoping to see if we could find an association that suggested screening might be affecting rates of metastatic prostate cancer in the real world.”

The team analyzed data from 128 facilities in the VA health system, the largest integrated healthcare system in the U.S. In 2005, at the start of the study, there were 4.7 million men in the cohort. By the end of the study in 2019, the cohort had grown to 5.4 million men.

PSA screening rates declined system-wide from 47% in 2005 to 37% in 2019, and this decline was seen across all ages and races. During this same period, long-term non-screening rates – the percentage of patients who missed screenings for three years in a row – increased across the VA healthcare system.

It’s important to gain a deeper understanding of the risks and benefits of screening, because once prostate cancer spreads to other parts of the body, “the general thought is that it is at an incurable stage,” Dr. Bryant said. “It is still treatable, but once it spreads it’s a deadly disease. Our results support a benefit in prostate cancer screening in reducing metastatic prostate cancer risk.”

“This study is the first step in a series of studies using VA data to get more refined information about populations who are at increased risk for prostate cancer,” he said.