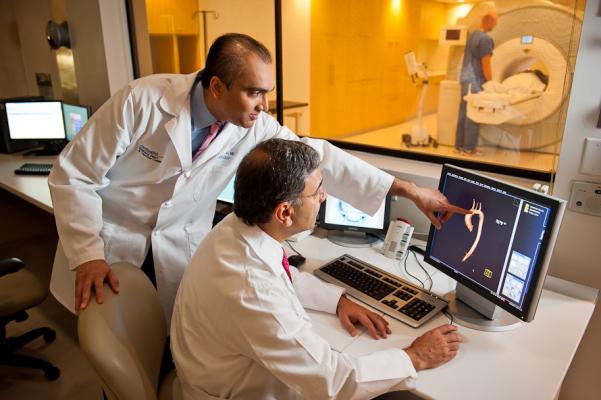 March 26, 2014 -- Based on its recent analysis of the superconductor technology for MRI market, Frost & Sullivan recognizes Cutting Edge Superconductors, Inc. with the 2013 North American Frost & Sullivan Award for Technology Innovation Leadership. CES, Inc. developed a proprietary technology based on magnesium diboride superconducting wire, which enabled cryogen-free 1.5T and 3.0T magnetic resonance imaging (MRI) with image qualities similar to the currently available 1.5T MRI. The technology leveraged innovative customizations in the chemistry of the material by adding both magnetic and non-magnetic impurities to magnesium diboride wires. This resulted in improvements to the critical currents of superconducting magnesium diboride wires.
The cryogen-free 0.5T MRI delivers images of average quality when compared to 1.5T MRI, as the quality of image is directly dependent on the square of the strength of the magnetic field. However, the current 1.5T MRI technology requires the use of cost-intensive liquid helium, which increases the cost of maintenance and operation, as well as initial cost.
"The next-generation, cryogen-free 1.5T and 3.0T MRI technology promises a reduction in the MRI scan cost by up to 40 percent due to the financial viability and simplicity of the MRI equipment," said Frost & Sullivan Senior Research Analyst Avimanu Basu. "This cost-effectiveness is achieved by maintaining a higher operating temperature of 20 degrees K with the help of a cryocooler, which eliminates the need for expensive liquid helium."
Furthermore, the technology is maintenance-free and extends the equipment's longevity to 10 to 20 years. The presently available MRI has a lifetime of five to seven years and is complex and expensive to maintain, as it employs superconducting NbTi wires that operate at a temperature of 4 degrees K. This necessitates cooling with the help of 1,700 liters of liquid helium cryogen.
"CES, Inc.'s technology is aimed at improving the current-carrying capacity of wires and thus, the field strength of the magnet," noted Basu. "On the one hand, this makes the device more industrially viable and simple and on the other, it supports the development of a range of applications across industries."
The technology is expected to influence a wide spectrum of industries such as electrical power (generation, transmission, and distribution), healthcare, air travel and defense. It can also be applied in high-performance cryogen-free magnets for scientific nuclear magnetic resonance (NMR), accelerators and fusion reactors. In addition, it can benefit small hospitals in economically unstable nations in the form of low-cost, high-quality portable MRI.
Each year, Frost & Sullivan presents this award to the company that has demonstrated uniqueness in developing a technology, which significantly impacts both the functionality and the customer value of new products and applications. The award lauds the relevance of the innovation to the industry.
For more information, visit: http://www.frost.com/prod/servlet/meawards.pag