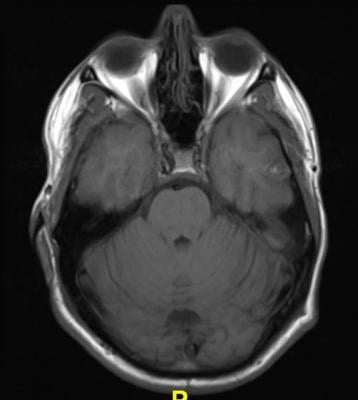 The study was published in the Nov. 2, 2016, online issue of Neurology, a medical journal of the American Academy of Neurology.

Dementia with Lewy bodies is a common form of dementia. Because it has many symptoms in common with Alzheimer’s and Parkinson’s disease, it can be difficult to diagnose. It can include movement problems, sleep disorders and hallucinations.

“Being able to identify people who are at risk for dementia with Lewy bodies is important so they can receive the correct treatments early on,” said study author Kejal Kantarci, M.D., MS, of the Mayo Clinic in Rochester, Minn., and a member of the American Academy of Neurology. “Early diagnosis also helps doctors know what drugs to avoid — up to 50 percent of people with dementia with Lewy bodies have severe reactions to antipsychotic drugs.”

For the study, 160 people with thinking and memory problems, called mild cognitive impairment, had brain magnetic resonance imaging (MRI) scans at the start of the study to measure the size of the hippocampus. They also had yearly tests for an average of two years. During that time, 61 people, or 38 percent, developed Alzheimer’s disease and 20 people, or 13 percent, progressed to probable dementia with Lewy bodies. It is called probable dementia with Lewy bodies because the disease can be diagnosed definitively only by an autopsy after death.

The relationship was even stronger when researchers looked only at people whose thinking problems did not include memory issues. Dementia with Lewy bodies does not always affect memory; thinking skills that are affected usually include attention, problem solving and the ability to interpret visual information.

Kantarci noted that diagnosis of dementia with Lewy bodies and Alzheimer’s disease can also be difficult because some people have signs of both diseases in their brains. She said this research should be confirmed with studies that use autopsies for final diagnoses.

The study was supported by the National Institutes of Health, Mangurian Foundation and Robert H. and Clarice Smith and Abigail Van Buren Alzheimer’s Disease Research Program.