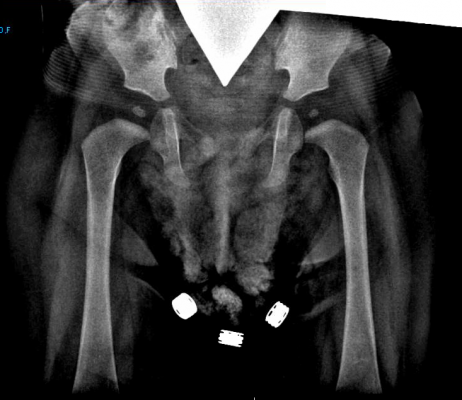 October 26, 2016 — While radiography remains the gold standard in pediatric imaging, it is rife with opportunities for error because cooperation and positioning are often challenging for such patients. In response, a group of pediatric radiologists practicing in Seattle published a paper that outlines pitfalls in pediatric chest radiography while offering tips and tricks for avoiding potential errors.

The paper, titled "Pediatric Chest Radiographs: Common and Less Common Errors," was published in the October 2016 issue of the American Journal of Roentgenology and is available for viewing through open access.

"Having a thorough understanding of normal pediatric anatomy and developmental changes along with a good command of the entities unique to children is essential for the pediatric and general radiologist to avoid significant interpretive errors," said paper co-author A. Luana Stanescu, radiologist with the department of radiology at Seattle Children's Hospital, University of Washington School of Medicine. "Errors in interpretation may lead to inappropriate further imaging, incurring additional radiation exposure and cost, as well as psychologic effects on the patients and their families."

"In our study, we highlight some common and less common pitfalls in pediatric chest radiography, in addition to discussing some tools for avoiding potential mistakes," the authors said.

Although errors in diagnostic radiology have been presented and debated with frequency during the past several decades, most of the literature centers on the adult population [1-4]. More recent publications have highlighted the importance of addressing radiology errors separately in the pediatric population, where disease processes and imaging algorithms are often vastly different from those in the adult population [5].

For pediatric patients, follow-up radiographs, additional projections and further cross sectional imaging are not always recommended or appropriate, particularly in the age of ALARA (as low as reasonably achievable). The use of a systematic approach to image interpretation, with an awareness of common errors and the underlying root causes, can aid both the pediatric and general radiologist in avoiding such pitfalls and rendering accurate interpretations, the authors concluded.