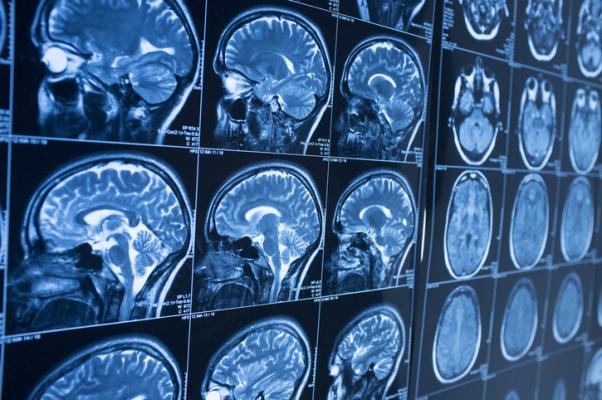 May 19, 2021 — Collaborative research between the University of Kentucky (UK) and University of Southern California (USC) suggests that a noninvasive neuroimaging technique may index early-stage blood-brain barrier (BBB) dysfunction associated with small vessel disease (SVD). Cerebral SVD is the most common cause of vascular cognitive impairment, with a significant proportion of cases going on to develop dementia. BBB dysfunction represents a promising early marker of SVD because the BBB regulates a number of important metabolic functions, including clearance of toxic brain substances.

In the UK-USC study, healthy older adults (67-86 years old) without cognitive impairment were scanned with the DP-ASL sequence at the UK's Magnetic Resonance Imaging and Spectroscopy Center. In addition, study participants volunteered for lumbar cerebrospinal fluid (CSF) draw as part of their enrollment in the study at UK's Sanders-Brown Center on Aging (SBCoA). The study focused on CSF levels of amyloid-beta (Aβ), which are abnormally low when this protein is not adequately cleared from the brain into the CSF.

Results indicated that low CSF levels of Aβ were associated with a low BBB water exchange rate assessed with the DP-ASL method. "Our results suggest that DP-ASL may provide a noninvasive index of BBB clearance dysfunction prior to any detectable cognitive impairment," said Brian Gold, Ph.D., professor in the UK department of Neuroscience and SBCoA.

Gold is the lead author of the article, which appears in a recent issue of Alzheimer's & Dementia: The Journal of the Alzheimer's Association. Wang, a professor of Neurology and Radiology at USC, the study's senior author, said, "Our data indicate the important role of BBB water exchange in the clearance of amyloid-beta, and the potential for using DP-ASL to noninvasively assess BBB water exchange in clinical trials of SVD."

Results from the UK-USC study also support growing evidence that BBB dysfunction may represent a link between SVD and clinical diagnosis of Alzheimer's disease (AD). Excess accumulation of Aβ is a hallmark feature of individuals who receive a clinical diagnosis of AD. However, Aβ pathology is also seen in many cases of SVD. Results from the UK-USC study are consistent with theories suggesting that insufficient clearance of Aβ through the BBB may impair BBB function which, in turn, may further accelerate accumulation of Aβ in the brain. Gold noted that "an important topic for future research is why some individuals with BBB dysfunction and impaired Aβ clearance may develop cognitive declines associated with AD while others develop more vascular-like cognitive declines."