Fully operational facility will produce Nanox.SOURCE chip, the core innovative component of Nanox.ARC, which has potential to bring X-ray technology to two-thirds of the world without meaningful access 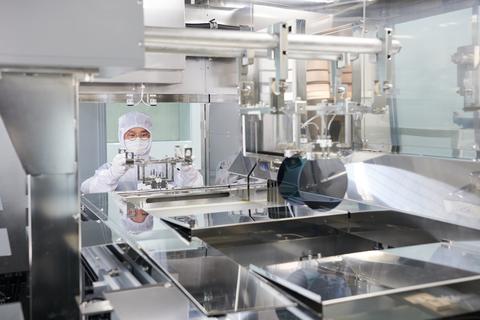 April 11, 2022 — Nano-X Imaging Ltd, an innovative medical imaging technology company, announced that it has opened its new semiconductor chip fabrication plant in South Korea. The facility is operational, opened on schedule, and will be the main production site of Nanox micro-electro-mechanical systems (“MEMs”) known as Nanox.SOURCE, a chip that produces the digital X-ray source for the Company’s Nanox.ARC system, a 3D medical imaging system that has the potential to democratize meaningful access to imaging not currently available in approximately two-thirds of the world.

Nanox expects to get to scale for production by mid-year 2022. Additionally, Nanox has been building its production line capabilities and establishing an operational assembly line at its Israeli facility to enable the expected ramp up in production and preparation for shipments of the Nanox.ARC system.

The new facility is a highly advanced fabrication plant, dedicated to the production of MEMs. Strategically located next to the world’s largest semiconductor cluster in Yongin, South Korea, the Nanox facility spans 12,000 square meters, including a 1,200-square-meter MEMs clean room.

The Company’s core proprietary technology is a transformation from an analog X-ray source to a digital X-ray source, which we believe will result in a decrease in costs of our Nanox.ARC system compared to traditional 3D imaging systems that use a legacy analog X-ray source.

The Nanox.SOURCE is a semiconductor chip that replaces the filament in the analog X-ray tube, similar to a light-emitting diode (LED) source, and has an on/off toggling feature designed to reduce the duration of each operation. As the Nanox X-ray digital source maintains a low temperature, there is no heat associated with electrons exiting the chip as compared to analog X-ray sources. The X-ray tube’s expected range is 20-120 KV and it is small in size and light in weight.

The Company is developing a holistic, end-to-end medical imaging solution that integrates Nanox.ARC, AI medical imaging technology and teleradiology services. While it continues the ongoing integration of the recent Nanox.AI, USARAD and MDW acquisitions, Nanox believes these acquisitions will enhance the services provided by the Nanox solution.

“Amidst a global supply chain crisis, the new facility enables Nanox to produce our own supply of semiconductor chips that are integral to the Nanox.ARC,” said Erez Meltzer, Chief Executive Officer of Nanox. “Our new fabrication plant is an important part of our strategy of vertical integration to ensure we can deliver a global, connected medical imaging solution with the potential to meaningfully expand delivery of healthcare.”

“We are proud to be opening this facility as planned, a facility that embodies our technical expertise and know-how in producing technology that we believe will revolutionize medical imaging,” said Ilung Kim, Ph.D., Head of Nanox Korea. “With our proximity to the SK Hynix semiconductor cluster, we believe we are also well-equipped to bring new, highly technical jobs to the Yongin region.”

“Establishing a manufacturing facility in Korea is a significant move for Nanox,” said Akiva Tor, Ambassador of Israel to the Republic of Korea. “This is a perfect synergy of Korean investment, Israeli innovation and Korean manufacturing.”

The opening of the facility featured a ceremony with remarks by the Nanox leadership team, including Mr. Erez Meltzer, Chief Executive Officer of Nanox, and Dr. Kim, Chairman and CEO of Nanox Korea. 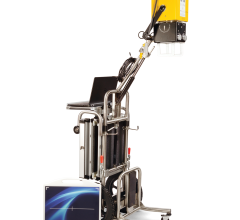 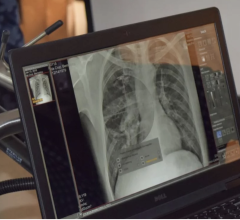