The company was recognized as the preferred standard in CT, MR, interventional X-ray and molecular imaging 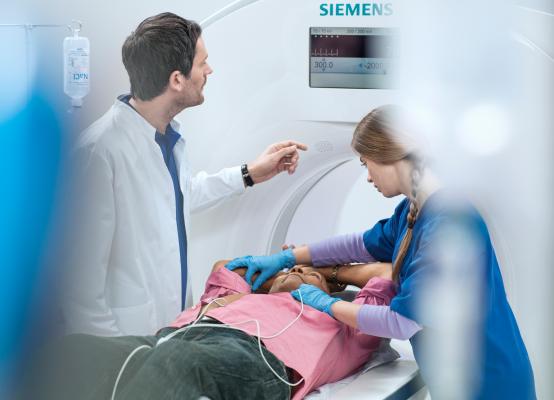 March 12, 2015 — In a recent survey by the KLAS research firm, Siemens Healthcare was the designated vendor for healthcare providers in 47 percent of current partnership agreements. Moreover, the survey also found that Siemens is the vendor that more executives from the nation’s largest health systems would select over any other company as their first choice for a future partner.

Of the 79 surveyed healthcare executives — who represent systems with an average of 2,400 beds — 34 percent identified Siemens as their first-time choice for a partner; that percentage was substantially higher than any other vendor cited in the 2014 KLAS CxO Perceptions Report, entitled “Medical Imaging 2014: Provider Executives Weigh In on Imaging Partnerships.” These healthcare executives also cited Siemens as one of the providers they would be least likely to avoid (14 percent). Additionally, the KLAS report identified Siemens as having the fewest number of dissolved partnerships with healthcare systems.