Victim reportedly asked to carry a metallic oxygen cylinder into the exam room and told the machine was off; attending radiologist one of four arrested 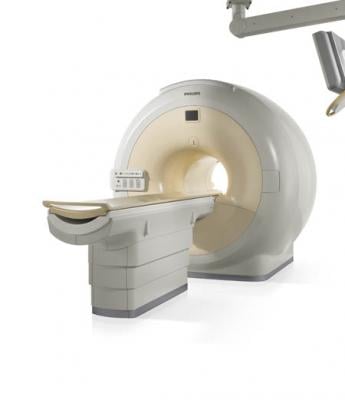 February 5, 2018 — Investigations are underway at a hospital in Mumbai, India, after a man was killed when he was sucked into a magnetic resonance imaging (MRI) machine while carrying a metallic oxygen cylinder into the exam room. Four hospital staff members, including the attending radiologist, have been arrested in connection with the case, according to Indian news and media site Firstpost.

The victim, Rajesh Maru, was reportedly visiting his mother-in-law at BYL Nair Charitable Hospital Jan. 27, when he was asked to carry a metallic oxygen canister into the exam room as she was being wheeled in. Maru’s uncle told AFP that Maru was assured the magnet of the Philips MRI system was turned off by the junior staff member who asked him to bring the oxygen cylinder into the room. Maru’s brother-in-law told India’s The Tribune that there was no attendant outside the exam room to prevent Maru from bringing the canister in, and there was no security guard to assure the removal of any metallic objects.

Ramesh Bharmal, dean of the BYL Nair Charitable Hospital, said the local police have launched an investigation into the cause of the accident, and that closed circuit television (CCTV) footage of the incident has been given to Mumbai police.

Siddhant Shah, the attending radiologist for Maru’s mother-in-law, was arrested Thursday and charged with dereliction of duty in connection with the incident. Previously, Mumbai police had arrested the ward boy who told Maru to bring the cylinder into the room, a ward attendant and another physician on the order of the state government.

The Joint Commission issued a QuickSafety advisory in March 2017 titled “Strong MRI safety programs prevent safety events.” In the advisory, the Joint Commission noted, “The development of a complete and efficient screening procedure for all individuals in the MR setting is one of the most critical components of a comprehensive safety program. The screening process involves maintaining current knowledge and awareness of the risks related to implants, devices, materials and equipment that may have an impact on safety in the MR environment.”

The Joint Commission recommends using an MR item classification system to prevent potentially dangerous items from being brought near the scanner. Such a system categorizes items as MR safe, MR conditional or MR unsafe after they have been appropriately tested. As a further safeguard, the commission recommends establishing four “boundary zones” around the MRI scanner, defined by the purpose of the space and its distance from the scanner.

Philips Healthcare said in a statement to ITN: "We have learned about the rare and unfortunate incident at the Nair Hospital in Mumbai in India. Philips is fully supporting the relevant authorities that are investigating the incident. In line with government regulations, Philips adheres to strict procedures for the installation of its MRI systems and provides the required training for the hospital staff, to ensure safety of the staff and patients. While the investigation is ongoing, our current understanding is that the tragic incident occurred due to a visitor entering the MRI room despite the applicable safety guidance. We are not aware of any safety issue related to the MRI system. Philips will continue to monitor the case closely and provide support as required."