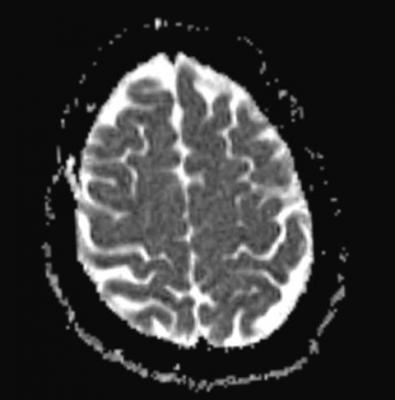 February 5, 2015 — Autism spectrum disorder (ASD) has been studied for many years, but there are still more questions than answers. For example, some research into the brain functions of individuals on the autism spectrum have found a lack of synchronization between different parts of the brain that normally work in tandem. But other studies have found the exact opposite — over-synchronization in the brains of those with ASD. A new study by Avital Hahamy and Prof. Rafi Malach of the Weizmann Institute's Neurobiology Department, and Prof. Marlene Behrmann of Carnegie Mellon University, Pittsburgh, which was recently published in Nature Neuroscience, suggests that the various reports may, in fact, reflect a deeper principle.

To investigate the issue of connectivity in ASD, the researchers analyzed data obtained from functional magnetic resonance imaging (fMRI) studies conducted while the participants were at rest. These had been collected from a large number of participants at multiple sites and handily assembled in the ABIDE database. "Resting-state brain studies are important," says Hahamy, "because that is when patterns emerge spontaneously, allowing us to see how various brain areas naturally connect and synchronize their activity." A number of previous studies in Malach's group and others suggest that these spontaneous patterns may provide a window into individual behavioral traits, including those that stray from the norm.

In a careful comparison of the details of these intricate synchronization patterns, the researchers discovered an intriguing difference between the control and ASD groups: The control participants' brains had substantially similar connectivity profiles across different individuals, whereas those with ASD showed a remarkably different phenomenon. These tended to display much more unique patterns. The researchers realized that the synchronization patterns seen in the control group were "conformist" relative to those in the ASD group, which they termed "idiosyncratic."

The researchers offer a possible explanation for differences between the synchronization patterns in the autism and control groups: They might be a product of the ways in which individuals in the two groups interact and communicate with their environment. Hahamy: "From a young age, the average, typical person's brain networks get molded by intensive interaction with people and the mutual environmental factors. Such shared experiences could tend to make the synchronization patterns in the control group's resting brains more similar to each other. It is possible that in ASD, as interactions with the environment are disrupted, each one develops a more uniquely individualistic brain organization pattern."

The researchers emphasize that this explanation is only tentative; much more research will be needed to fully uncover the range of factors that may lead to ASD-related idiosyncrasies. They also suggest that further research into how and when different individuals establish particular brain patterns could help in the future development of early diagnosis and treatment for autism disorders.