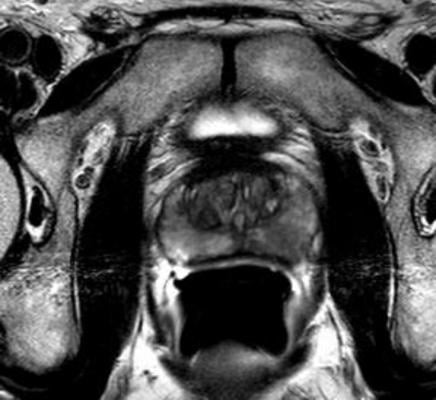 May 21, 2015 — Five new studies evaluating the use of imaging and urine-based biomarkers as ways to improve prostate cancer detection will be presented during the 110th annual scientific meeting of the American Urological Association (AUA). The research will be highlighted by study authors during a special press conference. Scott Eggener, M.D., AUA spokesperson and associate professor of surgery for urologic oncology at the University of Chicago Medicine, will moderate the session.

The five studies include:

Validated Urine-Based Multigene Signature for Detection of Aggressive Prostate Cancer — Examining multi-gene signatures in urine samples obtained following a digital rectal examination (DRE) may help distinguish indolent cancer from aggressive disease, according to new research out of Canada. Using post-DRE urine samples from a total of 764 men (261 men in the discovery arm and 503 men in the validation arm) with an elevated prostate-specific antigen (PSA) level, researchers identified genes associated with aggressive cancers. A Prostate Cancer Panel (PCP) Risk Score was developed using the discovery arm, and validated with the second group. Prostate cancer was identified in 42 percent of the discovery arm and 49 percent of the validation arm. After controlling for established risk factors (age, abnormal DRE or prior biopsy history), researchers found the PCP Risk Score was independently associated with the detection of high-grade cancer at biopsy. Men with a PCP Risk Score greater than 60 had a 74 percent risk of high-grade prostate cancer. Men with a score less than 20 had only a 7 percent risk of high-grade disease.

MR-US Fusion Biopsy to Diagnose Prostate Cancer: First 1,000 Men at UCLA — Evaluating the first 1,000 men who underwent mpMRI and MR-ultrasound (MR-US) fusion prostate biopsy between 2009 – 2014, researchers at University of California-Los Angeles found that among those who had MR-US, an increased risk of finding prostate cancer was directly related to age, MRI findings, PSA and PSA density. The most powerful predictor was the MRI, as high-risk prostate cancer was found in most men with highly suspicious (grade 5) MRI lesions. Both mapping and targeted biopsy were required for maximum detection of high-grade prostate cancers.

Combining Urine PCA3 and TMPRSS2:ERG Tests to Refine Prostate Cancer Detection – Validation Study and Health Economic Analysis — When used together, two urine assays may effectively identify men with high-risk prostate cancer, thereby minimizing unnecessary biopsy in men between 55 and 64 with lower-risk disease. TMPRSS2:ERG and PCA3 tests were combined in this study from researchers at Emory University; MD Anderson Cancer Center; University of Michigan; Weill-Cornell University; Gen-Probe Inc.; Johns Hopkins; Dana-Farber Cancer Institute; Hofstra North Shore; Cancer Biomarkers Research Group; and University of Texas-San Antonio. Findings demonstrated that, when used together, TMPRSS2:ERG and PCA3 can avoid unnecessary biopsies in nearly half (49 percent) of the men while also having an improved specificity in identifying aggressive prostate cancer while simultaneously reducing cost. These data suggest the tests can be used together to more accurately select men who should undergo biopsy.

Should a Normal Multi-Parametric MRI Preclude Prostate Biopsy? — According to researchers at University of California-Los Angeles, men with an elevated PSA level should consider a prostate biopsy even if a mpMRI appears normal. mpMRI is utilized to provide detailed anatomical and functional information so patients and urologists can make the most informed decision regarding prostate cancer diagnosis and treatment. mpMRI is the best modality for imaging localized prostate cancer but does not have 100 percent accuracy and therefore can still miss clinically meaningful cancers.

Examining data from 244 men who underwent mpMRI and ultrasound-guided biopsy between 2009-2014, researchers found:

MRI is an important tool for detecting the presence of prostate cancer and targeting prostate biopsies. However, this data suggests a normal mpMRI may still miss high-grade cancers. A biopsy should still be considered for patients with an elevated PSA suspicious for prostate cancer, even in the setting of a normal MRI.

"These studies collectively call attention to the new and innovative ways of diagnosing prostate cancer through MRI or urine testing," said Eggener. "By improving detection of potentially aggressive cancers, we reduce the number of men needing biopsies and drastically change the way prostate cancer is diagnosed and treated; however work remains to make these techniques accessible, reproducible, and cost-effective."