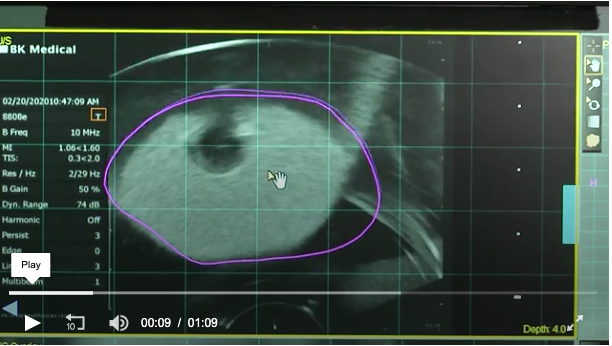 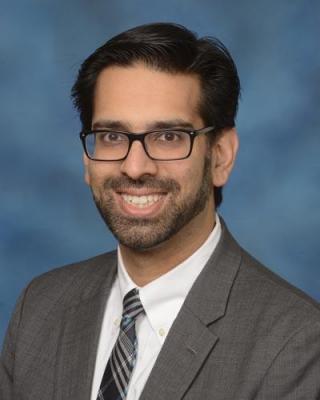 March 5, 2020 — Using a combination of magnetic resonance imaging (MRI) to target and sample suspicious prostate tissue along with a standard prostate biopsy is significantly more likely to detect the most aggressive prostate cancers than standard biopsy alone. This finding, published today in the New England Journal of Medicine, could allow a higher percentage of prostate cancer patients to avoid unnecessary treatment for slow-growing prostate cancers that are not likely to spread.

The new study was conducted by National Cancer Institute (NCI) researchers including one who is now at the University of Maryland School of Medicine (UMSOM).

"This study demonstrated that using a combination of both types of biopsies leads to more detection of prostate cancers and is less likely to miss aggressive cancers that can spread and kill," says study co-author M. Minhaj Siddiqui, M.D., FACS, an associate professor of surgery at UMSOM and a collaborating member of the NCI research team. "This is an important finding that will be practice-changing as we see more cancer centers adopting both types of biopsy methods. Those of us who have already adopted this cutting-edge technology can now give physicians and patients alike the confidence that their prostate cancer diagnosis is accurate and that hard-to- diagnose aggressive cancers are not being missed."

About one in nine men will be diagnosed with prostate cancer during his lifetime, according to the American Cancer Society. Most men diagnosed with prostate cancer do not die from it, and many have milder forms of the disease that do not require immediate treatment but can instead be carefully monitored, called active surveillance, to make sure the tumor is not growing or becoming more aggressive.

Traditional biopsies, that use ultrasound imaging to locate the gland and randomly remove 12 core tissues samples, have been known to miss aggressive cancers, however, so doctors have not felt comfortable relying on them for treatment guidance for fear of under-treating patients with deadly tumors. As a result, many men with milder forms of the disease have been over-treated with surgery or radiation which often leads to side effects such as impotence and incontinence.

In a targeted biopsy, MRIs of the suspected cancer are fused with real-time ultrasound images, creating a map of the prostate that enables doctors to pinpoint and test suspicious areas.

"With greater confidence in our ability to make an accurate diagnosis, we are better able to use more conservative approaches, such as active surveillance, to manage patients sparing them adverse side effects," said Siddiqui, who is also Director of Urologic Oncology and Robotic Surgery at the University of Maryland Marlene and Stewart Greenebaum Comprehensive Cancer Center (UMGCCC). The NCI-designated comprehensive cancer center offers MRI-targeted biopsy, with expanded treatment options, including focal therapy to surgically remove only the tumor, sparing the prostate.

For the study, Siddiqui and his colleagues evaluated 2,103 men who all had both traditional biopsies using ultrasound and targeted biopsies guided by MRIs to check for prostate cancer. They then examined the prostate glands of 404 of these patients who were diagnosed with prostate cancer and had their gland surgically removed; they found that aggressive cancers went undetected in 16.8 percent of the standard biopsies compared to 8.8 percent of MRI-targeted biopsies; when the two biopsy methods were combined, only 3.5 percent of aggressive cancers were missed.

"These findings suggest that combined biopsy provides improved diagnostic accuracy over either systemic or MRI-targeted biopsy alone and better predicts the result of final histopathological analysis," the researchers wrote in the study.

The NCI conducted the study with data collected from June 2007 to January 2019. In 2015, the same group of researchers published a study in JAMA that found that 30 percent more high-risk prostate cancers were diagnosed with MRI-targeted biopsy than with the traditional approach. In addition, 17 percent fewer low-risk cancers were diagnosed with the MRI-targeted biopsy, compared to the standard method. Siddiqui was the first author of the JAMA article. It led to large cancer institutions, such as UMGCCC, adopting both biopsy methods as the standard of care.