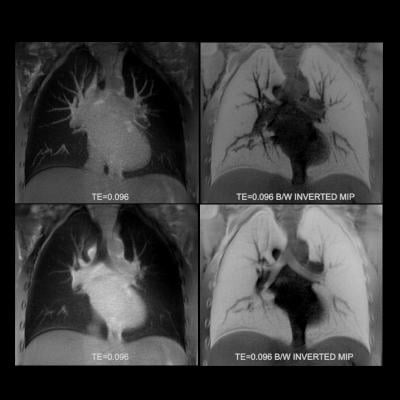 March 11, 2016 — New scanning technology which will give a much clearer picture of lung disease has taken a major step forward thanks to scientists at The University of Nottingham.

The experts at the Sir Peter Mansfield Imaging Centre have developed a process using specially treated krypton gas as an inhalable contrast agent to make the spaces inside the lungs show up on a magnetic resonance imaging (MRI) scan. It is hoped the new process will eventually allow doctors to virtually see inside the lungs of patients.

Traditional MRI uses hydrogen protons in the body as molecular targets to give a picture of tissue, but this does not give a detailed picture of the lungs because they are full of air. Recent technological developments have led to a novel imaging methodology called inhaled hyperpolarized gas MRI that uses lasers to 'hyperpolarize' a noble (inert) gas which aligns (polarizes) the nuclei of the gas so it shows up on an MRI scan.

The work will make 3-D imaging using 'atomic spies' like helium, xenon or krypton possible in a single breath hold by the patient. Nottingham has pioneered hyperpolarized krypton MRI and is currently advancing this technology towards the clinical approval processes.

Hyperpolarized MRI research has been trying to overcome a problem with these noble gases retaining their hyperpolarized state for long enough for the gas to be inhaled, held in the lungs and scanned. Now in a paper published in the Proceedings of the National Academy of Sciences, the Nottingham team has developed a new technique to generate hyperpolarized krypton gas at high purity, a step that will significantly facilitate the use of this new contrast agent for pulmonary MRI.

Chair in Translational Imaging at the Sir Peter Mansfield Imaging Centre, Prof. Thomas Meersmann, said: "It is particularly demanding to retain the hyperpolarized state of krypton during preparation of this contrast agent. We have solved a problem by using a process that is usually associated with clean energy-related sciences. It's called catalytic hydrogen combustion. To hyperpolarize the krypton-83 gas we diluted it in molecular hydrogen gas for the laser pumping process. After successful laser treatment the hydrogen gas is mixed with molecular oxygen and literally exploded it away in a safe and controlled fashion through a catalyzed combustion reaction.

"Remarkably, the hyperpolarized state of krypton-83 survives the combustion event. Water vapor, the sole product of the 'clean' hydrogen reaction, is easily removed through condensation, leaving behind the purified laser-polarized krypton-83 gas diluted only by small remaining quantities of harmless water vapor. This development significantly improves the potential usefulness of laser-pumped krypton-83 as MRI contrast agent for clinical applications."

This new technique can also be used to hyperpolarize another useful noble gas, xenon-129, and may lead to a cheaper and easier production of this contrast agent.

As part of a recent Medical Research Council funding award, hyperpolarized krypton-83 is currently being developed for whole body MRI at high magnetic field strength in the Sir Peter Mansfield Imaging Centre's large 7 Tesla scanner. Studies will be carried out first on healthy volunteers before progressing to patient trials at a later phase. 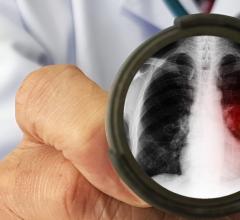 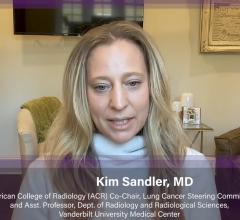