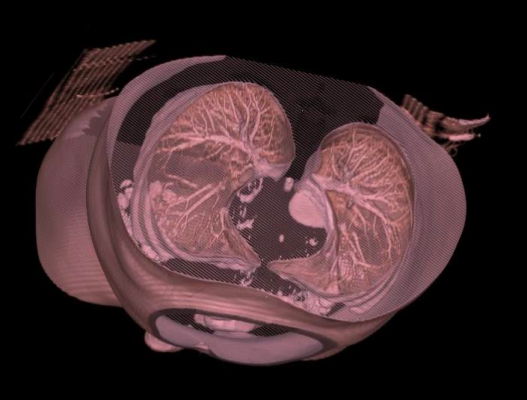 August 22, 2016 — A new study found patients who tested negative for lung cancer by low-dose helical computed tomography (LDCT) but later went on to develop lung cancer within the following two years had poorer outcomes than patients who initially had a non-cancerous positive LDCT screen. The study was conducted by researchers at Moffitt Cancer Center

Lung cancer is the leading cause of cancer death for men and women. It is also one of the most complex cancers, both at the molecular level and through its clinical behavior. Screening is paramount as it helps physicians diagnose and treat the disease in its earliest stages.

The U.S. Preventive Services Task Force recommends regular lung cancer screenings with LDCT for people who are between the ages of 55 to 74 and have smoked at least one pack of cigarettes per day for 30 years or more. The recommendations also include heavy smokers who have quit within the past 15 years.

The screening guidelines are based on a large randomized study called the National Lung Screening Trial, which found that lung cancer screening with LDCT significantly reduced lung cancer deaths by 20 percent compared to screening with standard chest X-rays. The study included more than 53,000 current or former heavy smokers who were between 55 to 74 years old. Patients were screened upon admission to the trial and again at the 12- and 24-month mark.

The new Moffitt study used the data from the National Lung Screening Trial to determine the outcomes of patients screened by LDCT according to their initial 12- and 24-month screening results. The researchers found that patients who had a negative initial screening but tested positive for lung cancer at the 12- or 24-month screen had lower survival and higher mortality rates than patients who had a positive initial screen that was a non-cancerous abnormality but developed lung cancer in subsequent screens.

The data also highlight the importance of continued lung cancer screening in high-risk patients. “Although tobacco cessation is one of the most important ways to reduce your risk of lung cancer, screening is a proven method to detect lung cancer earlier when it is easier to treat. Moreover, screening is not a one-time event. For it to be effective, high-risk individuals need to be screened on regular yearly intervals,” Schabath said.