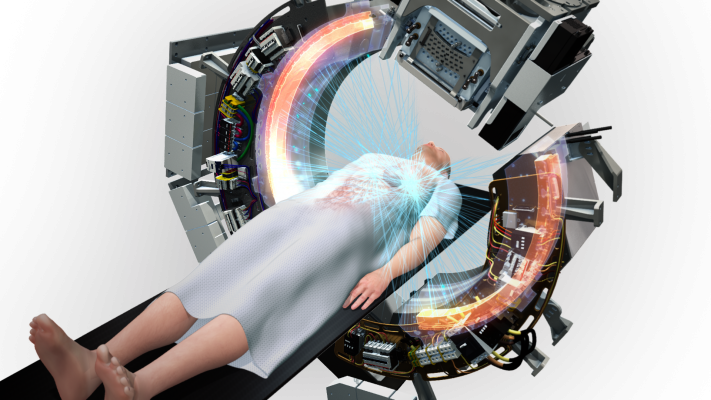 April 9, 2020 — RefleXion Medical, a therapeutic oncology company pioneering the use of biology-guided radiotherapy (BgRT) to treat all stages of cancer, announced the first sale of its RefleXion X1 machine to the Stanford Cancer Institute.

RefleXion Co-Founder and Chief Technology Officer, Sam Mazin, Ph.D., first thought of using positron emission tomography (PET), widely considered the gold standard for diagnosing cancer, to instead treat tumors while attending a radiation physics lecture during his postdoctoral tenure. As the professor explained the difficulty in seeing tumors during cancer treatment, an idea began to form that he would pursue in earnest a few years later.

“The idea was to use individual emissions that make up a partially formed PET image, and are generated by the tumor, as a homing signal or biological marker to quickly guide radiotherapy to that location,” explained Mazin. “In essence, turning cancer on itself to destroy it. It has been a rewarding journey from thinking of the idea years ago to co-founding RefleXion, and it is an honor to have Stanford as our first clinical and commercial client.”

Mazin’s thought was to use PET in an entirely new way to solve one of the greatest challenges in radiotherapy: treating multiple tumors in the same session, even those in motion, so that radiotherapy could be offered to stage 4 cancer patients, for the first time, as a new treatment choice. RefleXion’s BgRT technology could one day expand radiotherapy from a treatment reserved for early-stage cancer, to an option for patients with multiple solid tumors throughout the body.

A novel modality under development, BgRT uses the biological signature of each tumor to characterize its movement and to track tumors more precisely for radiotherapy delivery. The RefleXion X1 machine with BgRT aims to overcome the technical limitations that currently restrict radiotherapy to one or two tumors. Once developed, RefleXion will scale BgRT to treat all visible tumors, even those that move rapidly due to bodily functions such as breathing or digestion, in the same treatment session.

Last month, RefleXion announced marketing clearance on the X1 machine for image-guided radiotherapy (also known as SBRT, SRS and IMRT), the first steppingstone on the path to BgRT. Installation of the X1 machine at the Stanford Medicine Cancer Center and patient treatments are scheduled to begin over the next few months.