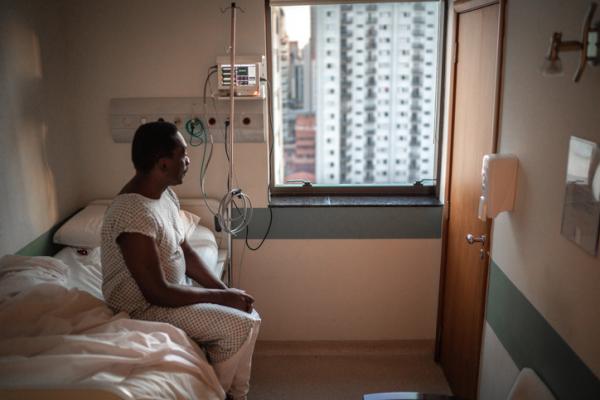 June 29, 2021 — Lung cancer remains the leading cause of cancer-related deaths. Non-small cell lung cancer (NSCLC) accounts for 80-85 percent cases of lung cancer and when diagnosed early, has a five-year survival rate of 50-80 percent. Black patients have lower overall incidence of NSCLC than white patients, but are more likely to be diagnosed at later stages. They also are less likely to receive surgery for early-stage cancer.

Now a new study from Boston University School of Medicine (BUSM) highlights the impact that structural racism and residential segregation has on NSCLC outcomes.

The researchers analyzed patient data from the Surveillance, Epidemiology and End Results Program—a database of Black and white patients diagnosed with NSCLC from 2004-2016 in the 100 most populous counties. They found that Black lung cancer patients living in the most segregated U.S. counties were 49 percent more likely to be diagnosed at an advanced stage, compared to those living in the least segregated counties. Among those with early-stage lung cancer, Black patients in highly segregated areas were 47 percent less likely to receive surgery. Segregation was used in this study as a proxy for historic housing discrimination and the enduring structural racism that has resulted from it.

"Our study suggests that Black patients have a greater likelihood of presenting at advanced stage than their white counterparts, a disparity that disappears at low levels of segregation. Similarly, higher residential segregation is associated with increased risk of advanced stage for Black patients but not white. This may be due to factors such as lack of access to routine medical care and lack of routine screenings for Black patients in segregated areas," explained corresponding author Kei Suzuki, MD, assistant professor of surgery at BUSM.

According to the researchers, fewer Black patients are considered eligible for lung cancer screening criteria and also are less likely to complete screening. For many diseases including lung cancer, Black patients of lower socioeconomic status tend to present to their physician only when symptomatic, aligning with a later stage of disease.

"Broadly, urban policy can serve to address the structural factors leading to these outcomes. Most immediately, clinicians and healthcare institutions can focus screening efforts in these minoritized communities and realize the racialized socioeconomic implications that may impact access to care, which may delay definitive care," added Suzuki, who also is a thoracic surgeon at Boston Medical Center.