Collaboration with leading material scientists focuses on the use of high-temperature superconductors to make MR imaging more affordable, accessible and sustainable in the future 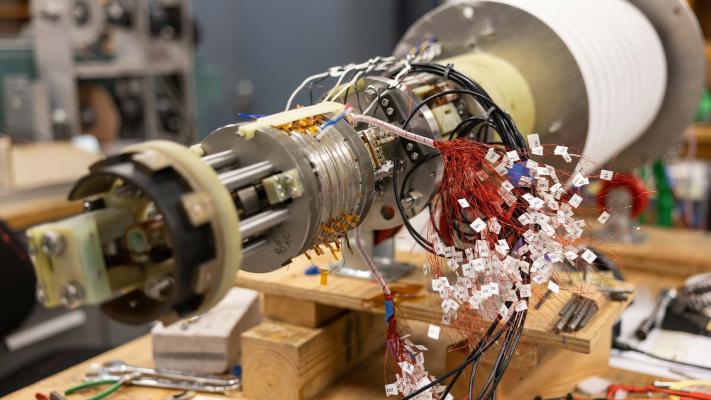 Operating at higher temperatures closer to ambient room temperature and eliminating liquid helium from both the production and operation of MRI scanners provides two major advantages. First, it decreases energy consumption required to sustain operation and reduces dependence on a finite and increasingly scarce natural resource, produced largely as a by-product of fossil-fuel (natural gas) extraction. Conventional MRI scanners often vent helium, which once released into the atmosphere escapes into outer space never to be seen again. Second, and just as important, it has the potential to reduce the size, weight and costs of MRI scanners. As a result, MRI’s superior diagnostic and functional imaging capabilities – notably its excellent soft-tissue imaging and absence of ionizing X-ray radiation – could be enjoyed by a larger number of patients, expanding access into underserved communities. The partnership between Philips and MagCorp is being launched to help realize these two major advantages.

“Florida State University’s MagLab, part of the U.S. National High Magnetic Field Laboratory, is home to many of the world’s leading researchers on novel superconducting materials that don’t require liquid helium temperatures to operate. Philips has decades of MR scanner design and development experience, including most recently the launch of the BlueSeal magnet technology,” said Josh Hilderbrand, Director, Head of MRI Magnet Research and Development at Philips. “Combining these resources with MagCorp’s research facilitation services will help leverage the latest technology to accelerate access and availability of MRI to more patients and healthcare providers.”

“MagCorp is proud of this partnership, which brings together Philips' game-changing BlueSeal magnet technology and the FSU MagLab’s unrivaled knowledge base about superconductors that can operate in a helium-free environment," said Jeff Whalen, Director of MagCorp. "Combining Philips' forward-thinking approach with FSU MagLab's scientists, who have a wealth of relevant expertise in the application of new superconductors, means Philips will be in the best position to develop innovations around this technology," Whalen said.

With the introduction of its BlueSeal magnet technology in 2018, Philips already has a commercially available non-venting MRI scanner in widespread use that once charged with a small amount of helium (7 liters instead of a conventional scanner’s 1,500 liters) are sealed and operate without requiring additional helium for their entire operational life. Clinical MRI scanners that completely eliminate the need for helium are a clear direction for innovation in the long term. Using high-temperature superconductors supports a complete shift towards helium independence.

The research partnership will focus on characterizing and demonstrating the feasibility of appropriate superconducting materials capable of operating at higher temperatures than today’s niobium-based superconductors. In common with helium, niobium is also a scarce element, whereas some of the new materials being investigated by the research team are based on more abundant elements. In addition to basic materials research, the team will also investigate the steps needed to commercialize the materials, and the technologies needed to enable their use in future MRI scanners.