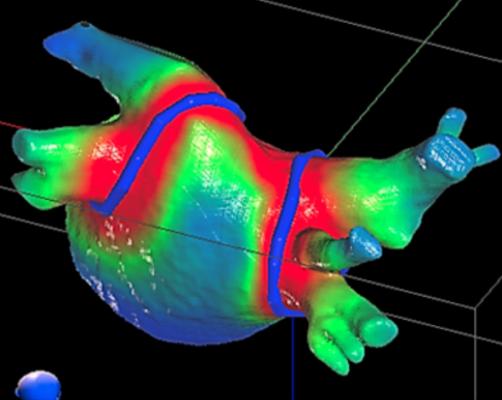 September 17, 2019 — Treating high-risk heart patients with a single, high dose of radiation therapy can dramatically reduce episodes of rapid, abnormal heartbeats for more than two years, according to new research from the ENCORE-VT trial. This could offer hope to patients who have exhausted other treatment options. Findings were presented at the 61st annual meeting of the American Society for Radiation Oncology (ASTRO), Sept. 15-18 in Chicago.

“The results are very promising. The use of noninvasive radiation therapy is providing new hope for patients with life-threatening ventricular arrhythmias and limited treatment options,” said Clifford Robinson, M.D., associate professor of radiation oncology and cardiology at the Washington University School of Medicine in St. Louis and lead author on the study.

Heart disease is the leading cause of death in the United States. Over time, people with cardiovascular disease often have damage to the heart that leads to the development of arrhythmias, or abnormal heartbeats. The most lethal of these arrhythmias is ventricular tachycardia (VT). VT occurs suddenly, forcing the lower part of the heart to beat very rapidly. At fast speeds, the heart cannot effectively pump blood to the other organs in the body, which causes rapid death if not urgently treated with defibrillation, or shocking the heart back into a normal rhythm.

Patients who have survived VT or who are at risk for VT usually have an implantable cardioverter defibrillator (ICD) placed. While shocks from an ICD can be life-saving, the shocks are painful and result in poor quality of life when they occur repeatedly over time. Patients with repeated VT often receive catheter ablation, in which a catheter is inserted into the heart to burn scars into the diseased area of the heart to render it electrically inactive. This process requires general anesthesia, takes up to nine hours and is a risky procedure, with a 5 percent chance of dying within 30 days of treatment and a 50 percent chance the procedure will not stop arrhythmias from recurring. If catheter ablation does not control the VT, patients are left with few options beyond a heart transplant.

In collaboration with Phillip Cuculich, M.D., associate professor of cardiology and radiation oncology at the Washington University School of Medicine in St. Louis, Robinson and his team developed a noninvasive, outpatient procedure for treating VT called EP-guided noninvasive cardiac radioablation (ENCORE-VT). This novel therapy fuses electrical (ECGs) and imaging (computed tomography, magnetic resonance imaging, positron emission tomography) data to pinpoint the scar tissue in the patient’s heart responsible for the arrhythmias, then targets it with a single dose of stereotactic body radiation therapy (SBRT), a type of high-dose radiation most commonly used to treat patients with cancer. ENCORE-VT requires no general anesthesia and allows patients to go home immediately after treatment.

In this phase I/II prospective trial, Robinson and Cuculich treated 19 patients who had life-threatening cardiac arrhythmia with a single fraction (25 Gy) of SBRT. They previously reported that ENCORE led to a 94 percent reduction in VT episodes in the first six months. Longer-term follow-up data now show that the effect persisted in 78 percent of patients for more than two years after the radiation treatment.

Overall survival was 74 percent after the first year and 52 percent after the second year. Nine patients died – six from cardiac deaths (heart failure and VT recurrence) and three from non-cardiac deaths (accident, amiodarone toxicity, pancreatic cancer). Late serious adverse events included two cases of pericardial effusion, or irritation of the lining of the heart, and one fistula between the stomach and the heart that required surgical repair; all three events occurred more than two years after treatment.

Robinson said that these adverse events were not surprising given the condition of the patients they were treating. He also noted that the team is learning how to address these issues in the future. “Patients come to us as a last line of defense,” he said. “They have few or no other options. Often, the primary reason we are treating them is because they were too sick to have more catheter ablation. It’s very similar when you compare surgery to SBRT for patients with lung cancer. A patient who is sick to begin with and who has heart failure will continue to have heart failure admissions to the hospital. The subsequent failures don't seem to be clearly related to the radiation, but ample other research has shown that radiation exposure can result in long-term cardiac injury. Given the relative novelty of this treatment approach, we are following our patients closely, conducting trials to gather more data and being careful not to make assumptions at this point.”

An additional benefit to treatment, said Robinson, was a reduction in the medications patients were taking, which resulted in fewer medication-related side effects and a higher quality of life. “These patients were on heavy doses of medications, with side effects such as liver damage, lung damage, nausea and thyroid problems. After they were treated, we could dramatically reduce their medications. We saw reduced VT, reduced medication and improved quality of life, at least in the intermediate term.”

Robinson said ENCORE is currently best used for people who have cardiac injury, develop an arrhythmia and have already tried catheter ablation with no success. In the future, ENCORE could potentially benefit thousands to tens of thousands of patients, he said. Though hundreds of thousands of people who die of cardiovascular disease experience arrhythmia before they die, many have sudden death and there is no opportunity to treat them. 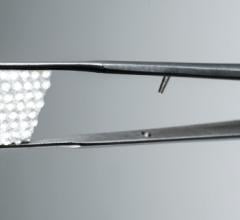