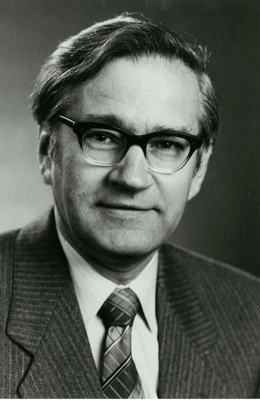 June 10, 2021 — The Washington Post has reported that Richard R. Ernst, a chemist who won a Nobel Prize for devising precise techniques to analyze the chemical properties of atoms, helping create the foundation of magnetic resonance imaging (MRI), which has had far-reaching applications in science and medicine, died June 4 in Winterthur, Switzerland. He was 87.

Born in 1933 in Winterthur, northeastern Switzerland, Ernst finished his studies at the federal technology institute ETH Zurich – where he spent his entire career – in 1962 with a dissertation on nuclear magnetic resonance (NMR) in the discipline of physical chemistry.

He was awarded the Nobel Prize for his contributions to the development of high-resolution NMR spectroscopy, which paved the way for MRI. In particular, he helped improve the sensitivity of this technique, which was first tested in the 1940s to generate images of body organs.

Survivors include his wife of 58 years, Magdalena Kielholz, and their three children.