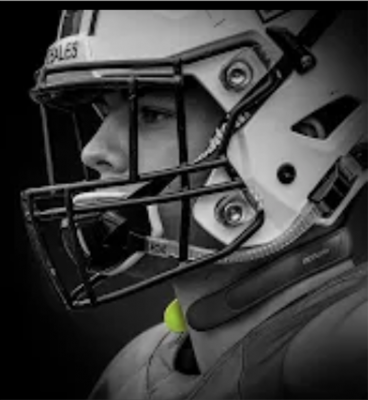 February 26, 2021 — The U.S. Food and Drug Administration authorized marketing of a new device intended to be worn around the neck of athletes aged 13 years and older during sports activities to aid in the protection of the brain from the effects associated with repetitive sub-concussive head impacts. The non-invasive device, called Q-Collar, is a C-shaped collar that applies compressive force to the neck and increases blood volume to help reduce movement of the brain within the cranial space which may occur during head impacts. The device may reduce the occurrence of specific changes in the brain that are associated with brain injury.

“Today’s action provides an additional piece of protective equipment athletes can wear when playing sports to help protect their brains from the effects of repetitive head impacts while still wearing the personal protective equipment associated with the sport,” said Christopher M. Loftus, M.D., acting director of the Office of Neurological and Physical Medicine Devices in the FDA’s Center for Devices and Radiological Health.

Traumatic brain injury (TBI) can be caused by a forceful bump, blow, or jolt to the head or body, or from an object that pierces the skull and enters the brain. Not all blows or jolts to the head result in a TBI. According to the Centers for Disease Control and Prevention, from 2006 to 2014, the number of TBI-related emergency department visits, hospitalizations, and deaths increased by 53%. Blunt trauma accidents, or accidents that involve being struck by or against an object, particularly sports-related injuries, are a major cause of TBI. The National Institute of Neurological Disorders and Stroke notes that anywhere from 1.6 million to 3.8 million sports- and recreation-related TBIs are estimated to occur in the United States annually.

When worn around the neck during sports activities, the Q-Collar provides compressive force to the internal jugular veins, which in turn increases the blood volume in the skull’s blood vessels. Typically, when people experience blunt trauma accidents, the brain moves unrestrained in the skull, which is known as a “slosh.” The Q-Collar’s increase in blood volume in those blood vessels creates a tighter fit of the brain inside the skull and reduces the “slosh” movement. By reducing the movement of the brain within the cranial space, the Q-Collar may aid in the protection of the brain from the effects of head impacts.

The FDA assessed the safety and effectiveness of the Q-Collar through several studies, including a prospective, longitudinal study in the United States with 284 subjects 13 years or older who were participants on a high school football team. During the sports season, 139 athletes wore the Q-Collar and 145 athletes did not. All participants also wore an accelerometer device that measured every impact to the head sustained during play. Each athlete underwent a magnetic resonance imaging (MRI) scan pre-season and post-season. These MRI scans were used to generate Diffusion Tensor Imaging (a specialized MRI image) of the brain that allowed researchers to compare structural changes in the participants’ brain, after a season of play.

Significant changes were found in deeper tissues of the brain involved in the transmission of electrical nerve signals (white matter regions) in 106 of the 145 (73%) participants in the no-Collar group, while no significant changes in these regions were found in 107 of the 139 (77%) of the group who wore the Q Collar. These differences appear to indicate protection of the brain associated with device use. No significant adverse events were associated with device use.

The Q-Collar does not replace, and should be worn with, other protective sports equipment associated with specific sports activities, such as helmets and shoulder pads. Wearers of the device should not depend on the device to protect them from all harmful effects of head impacts. Users should take steps to avoid direct impact to the head and neck. Data do not demonstrate that the device can prevent concussion or serious head injury. The Q-Collar should not be used if an individual has not been medically cleared to play contact sports.

The Q-Collar has not been tested and should not be used on athletes with the following conditions:

The device can be worn for up to four hours at a time and should be replaced after two years of active use or upon the product’s expiration date listed on the package, whichever comes first. The Q-Collar is intended for over-the-counter use and will be distributed directly to consumers. However, a medical professional should be consulted if a user is unsure whether the Q-Collar is right for him or her.

The FDA reviewed the device through the De Novo premarket review pathway, a regulatory pathway for low- to moderate-risk devices of a new type. Along with this authorization, the FDA is establishing special controls for devices of this type, including requirements related to labeling and performance testing. When met, the special controls, along with general controls, provide reasonable assurance of safety and effectiveness for devices of this type. This action creates a new regulatory classification, which means that subsequent devices of the same type with the same intended use may go through FDA’s 510(k) premarket process, whereby devices can obtain marketing authorization by demonstrating substantial equivalence to a predicate device.

The FDA granted marketing authorization of the Q-Collar to Q30 Sports Science, LLC.

The FDA, an agency within the U.S. Department of Health and Human Services, protects the public health by assuring the safety, effectiveness, and security of human and veterinary drugs, vaccines and other biological products for human use, and medical devices. The agency also is responsible for the safety and security of our nation’s food supply, cosmetics, dietary supplements, products that give off electronic radiation, and for regulating tobacco products.