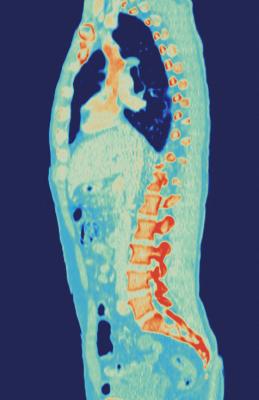 According to a news release announcing the FDA approval, the company, based in Villepinte, France, reported:

FDA approval of Elucirem (NDA 216986) was granted after priority review, a designation assigned to applications for drugs that provide significant improvements in the safety or effectiveness of the treatment, diagnosis, or prevention of serious conditions compared to available therapies.

Elucirem (Gadopiclenol) is a new macrocyclic gadolinium-based contrast agent with high relaxivity indicated for use in adults and children aged 2 years and older, for contrast-enhanced magnetic resonance imaging (MRI). The product is used to detect and visualize lesions with abnormal vascularity in the central nervous system (brain, spine and associated tissues) and the body (head and neck, thorax, abdomen, pelvis, and musculoskeletal system). Please refer to the FDA approved Prescribing Information on [email protected]. (4)

“As a pioneer in MR imaging, thanks to the success of our first gadolinium-based macrocyclic contrast agent, we are delighted with the FDA approval of Elucirem. This approval allows patients and practitioners to benefit from the innovations brought by Elucirem,” said David Hale, Chief Executive Officer of Guerbet Group.

Gadopiclenol, the active substance of Elucirem, has been designed with two sites for water molecule exchange to increase relaxivity and contrast, allowing to use it at half the conventional dose of gadolinium compared to other non-specific GBCAs.

The efficacy and safety of Gadopiclenol have been assessed as part of Guerbet’s clinical development plan, with marketing authorization being targeted worldwide (cf. phase III trial results below).

The approval was primarily based on data from two Phase III studies completed in March 2021 which demonstrated that Elucirem leads to non-inferior results in brain and body MRI at half the gadolinium dose of Gadobutrol. (5,6)

No major safety signals were reported during the development of Gadopiclenol, and the adverse reactions reported during the two-Phase III studies were similar for both products administered. FDA approved Prescribing Information is available on [email protected] (7)

Gadopiclenol, initially invented by Guerbet with subsequent contribution of Bracco intellectual property, is a new macrocyclic gadolinium-based contrast agent (GBCA) with high relaxivity. The efficacy and safety of Gadopiclenol have been evaluated in MRI of the Central Nervous System, head and neck, thorax, abdomen, pelvis and musculoskeletal system (refer to the approved USPI for full information). Details on Phase III clinical trials are available on www.ClinicalTrials.gov:

Contrast Media Supply Shortage: How and What Now?