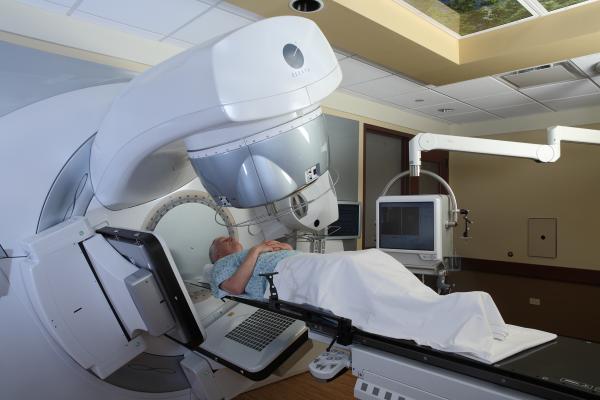 February 27, 2015 — GenomeDx Biosciences announced the publication of a positive validation study for the Decipher Prostate Cancer Classifier, a genomic test for prostate cancer. The study, published in the Journal of Clinical Oncology, showed that patients with low genomic risk (as determined by Decipher) may be optimally managed with observation after radical prostatectomy (prostate surgery), while those with high genomic risk (as determined by Decipher) may be better managed earlier with adjuvant radiotherapy. The identification of the right patients for post-operative radiation therapy and the timing of administering that therapy are not easily answered by clinical risk factors alone.

The study was conducted by researchers from Thomas Jefferson University and Mayo Clinic. This is the eighth publication of a positive validation study for the Decipher Prostate Cancer test.

"The optimal timing of post-prostatectomy radiation therapy is a subject of debate," says Robert Den, M.D., of the Sidney Kimmel Medical College of Thomas Jefferson University and lead author of the study. "Common practice is to wait for prostate-specific antigen (PSA) rise after surgery before intervening with radiation treatment. The results of this study suggest that we can use a genomic test to identify a group of men who will benefit from earlier administration of additional local treatment."

Current clinical practice guidelines from the American Urological Association (AUA) and the American Society for Radiation Oncology (ASTRO) recommend physicians offer adjuvant radiotherapy after surgery for men who have been diagnosed with intermediate and high-risk prostate cancer. These recommendations are based on evidence from multiple randomized clinical trials, which demonstrated the efficacy of earlier, or adjuvant radiotherapy with reductions in recurrence and progression as compared to a "wait-and-see" approach after surgery. However, not all men receive a benefit from early radiation therapy, and there is an obvious need to identify patients who will and won't benefit, so as to avoid overtreatment and serious side effects such as incontinence, impotence, and rectal bleeding.

The introduction of Decipher into clinical practice means that physicians are now equipped with a tool that allows them to individualize management and better identify those who may actually benefit from early radiation and those who may safely delay treatment and avoid adverse side effects. Recently, the American Society of Clinical Oncology (ASCO) guidelines endorsed the AUA recommendation, but caveat that "not all men with adverse pathology are at equal risk for recurrence." The National Comprehensive Cancer Network prostate cancer guidelines further recommend "tumor-based molecular assays to better stratify patient risk" and selection of adjuvant therapy.

"We've known Decipher's prognostic capability from earlier research, and with this research, we were able to demonstrate that there's a predictive component as well," says R. Jeffrey Karnes, M.D., associate professor and vice chair in Urology at Mayo Clinic and an investigator on the study. "Determining the right patient and the right time for radiation therapy is not straightforward. Patients have to balance the potential complications from radiation treatment with the risk of prostate cancer recurring. This test may enhance our ability in deciding who should or should not be considered for adjuvant radiation versus close monitoring."

The study, entitled, "A Genomic Classifier Identifies Men with Adverse Pathology after Radical Prostatectomy Who Benefit from Adjuvant Radiation Therapy," included 188 prostate cancer patients who received radiation therapy after prostate surgery at Thomas Jefferson University and Mayo Clinic between 1990 and 2009. Decipher validated as the top risk factor for metastasis with 83 percent accuracy for predicting metastasis and stratifying patients with low, average, and high genomic risk with 0 percent, 9 percent and 29 percent five-year cumulative incidence of metastasis (p=0.002).

The study found that Decipher may predict benefit from radiation therapy: Patients with average-to-high Decipher risk who were treated with the more aggressive adjuvant radiation therapy had a five-year metastasis incidence of only 6 percent compared to 23 percent (p=0.008) for those who waited for PSA recurrence to trigger initiation of salvage therapy.

Overall, patients with higher Decipher results who received adjuvant radiation had an 80 percent reduction in risk of metastasis compared to those who received salvage radiation (HR: 0.20, 95% CI, p<0.04). In addition, the study found no disadvantage for salvage therapy in men with low-risk Decipher results, suggesting that these men may improve quality of life by waiting for possible PSA rise rather than taking a course of immediate radiation therapy after radical surgery.