September 29, 2009 - Worldwide sales of cancer drugs are forecast to increase at a compound annual growth rate of 12-15 percent from 2008, reaching US$75-80 billion by 2012. That would represent almost double the projected growth rate for the pharmaceutical market as a whole over the same period, says 2009 Research and Markets in its "Launching Next Generation Oncology Products: Evolving Strategies in a Payor's Market" report.

The emergence of a new wave of oncology products has been one of the most dramatic trends in the pharmaceutical market over the last decade. Both large and small companies are making unprecedented investments in oncology R&D, in an effort to emulate the success of new targeted therapies such as Herceptin, Avastin, Glivec, Nexavar and Erbitux.

Underpinning that success have been real improvements in therapeutic options for a range of cancers, including marked survival increments in areas of poor prognosis, such as kidney cancer (e.g., Sutent); more effective therapies, tailored to genetically defined subgroups, for widespread malignancies (Herceptin for breast cancer); and innovations that have transformed fatal into chronic diseases (Glivec for chronic myeloid leukaemia).

At the same time, success has come at a price. Not is the oncology marketplace getting more crowded, raising the bar for differentiation in a category in which many products are focusing on the same disease mechanisms, but the premium prices charged for newer therapies are stretching healthcare budgets. Increasingly cancer drugs are losing the special status that once guaranteed uptake at any cost and are coming under the same cost-effectiveness scrutiny as other components of healthcare.

In today's payer's market, oncology companies are being forced to re-assess their strategies and build a compelling value equation for their products that will meet the needs of a whole range of stakeholders, each with their own agenda. And they must do this while finding a way to recoup R&D costs from niche products without the patient volumes that have driven blockbuster brands in the past.

Another key finding by the research group is that growth in oncology is expected to slow over the next five years, with a diminishing contribution from the existing top oncology markets - the US, France, Germany, Italy, the UK and Spain. These countries accounted for 71 percent of oncology product sales worldwide in 2007. By 2012, however, their share of overall sales could be down to 65 percent.
Also, increased cost-sensitivity among payers, market crowding and the loss of cancer's 'special status' will make the market much for challenging for established oncology players and new contenders over the next few years. 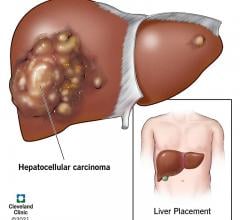