MRI scans reveal interest in food based on brain activity declined only marginally in obese women compared to lean women, even after a full meal 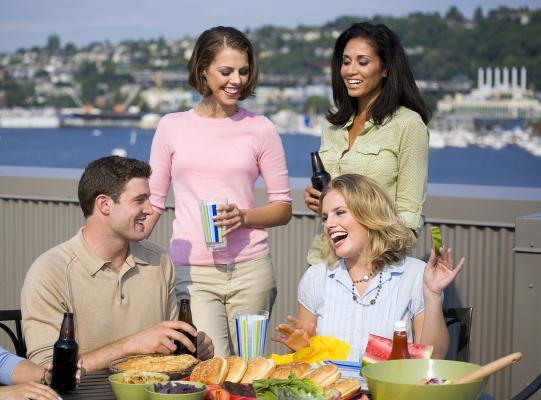 August 26, 2016 — The brain’s reward centers in severely obese women continue to respond to food cues even after they’ve eaten and are no longer hungry, in contrast to their lean counterparts, according to a recent study. The study was conducted by a multidisciplinary team at University of Texas (UT) Southwestern Medical Center.

Magnetic resonance imaging (MRI) scans of the study participants were taken before and after a meal. Both groups showed significantly increased activity in the neo- and limbic cortices and midbrain when they were hungry. After eating, however, that brain activity dropped among lean participants while continuing in their obese counterparts.

Even after eating and reporting they were full, the severely obese women continued to react to pictures of food in much the same way they had when fasting, as exhibited in brain scans.

“Before or after the meal, they’re just as excited about eating,” said Nancy Puzziferri, M.D., assistant professor of surgery at UT Southwestern and senior author of the study. “It seems they have an instinctive drive to keep eating.”

While the appeal of pictured food dropped 15 percent for the lean women after they ate, the severely obese women showed only a 4 percent decline, based on brain scans using functional magnetic resonance imaging (fMRI) to measure brain activity. After eating, activity in regions in the prefrontal cortex and posterior cingulate cortex significantly changed in the lean group, but not in the obese group. The obese study participants maintained activation in the midbrain, one of the body’s most potent reward centers.

The obese women showed sustained “hungry” brain activation, even though they reported the same increase in satiation as their lean counterparts.

“These findings may explain why some people with severe obesity report an underlying drive to eat continually despite not feeling hungry,” said Puzziferri, who specializes in bariatric and weight loss surgery. “In contrast, lean women when full will either stop eating or just sample a food they crave. It’s just not a level playing field — it’s harder for some people to maintain a healthy weight than others.”

The severely obese women in the study, who weighed between 202 and 316 pounds, were candidates for bariatric surgery to lose weight. The study is following these women after surgery to determine if their brain activation patterns change.

Study co-authors from UT Southwestern include Thomas Carmody, Ph.D., associate professor of clinical science and psychiatry; Carol Tamminga, M.D., chair of psychiatry, and holder of the Lou and Ellen McGinley Distinguished Chair in Psychiatric Research, and the Communities Foundation of Texas Inc. Chair in Brain Science; and Jeffrey Zigman, M.D., Ph.D., associate professor of internal medicine and psychiatry, and holder of The Diana and Richard C. Strauss Professorship in Biomedical Research and the Mr. and Mrs. Bruce G. Brookshire Professorship in Medicine.