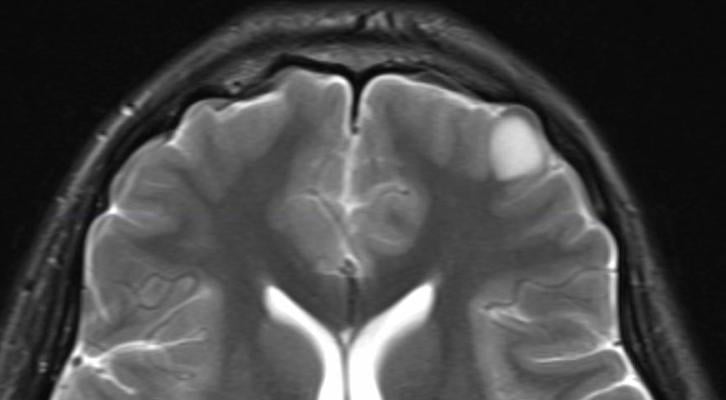 Gliomas are brain tumors that arise from glial cells, which help nerve cells to stay connected and send signals throughout the body.

Cancerous gliomas are uniformly fatal, with a median survival rate of 14 months from the time of diagnosis. But a new nanotechnology approach developed by Xiaoli Liu and Madhan Kumar in the Department of Neurosurgery could transform gliomas from a death sentence into a treatable condition.

Patients diagnosed with a malignant glioma can undergo surgery, chemotherapy and radiation to destroy the tumor, but the cancer will return.

"Patients typically don't die from the tumor they initially presented with. Rather, they die from new tumors that come back in other parts of the brain," said James Connor, distinguished professor of neurosurgery.

These new gliomas tend to grow quickly and are often resistant to treatment because they spring from cancer cells that survived the first therapeutic assault. Glioma patients have follow-up MRIs to detect new brain cancers but the tests do not catch the tumors early enough to save lives.

To overcome this deadly limitation, Penn State researchers created "smart fat cells" called liposomes that can pass the blood-brain barrier in mice, seek out tiny cancerous gliomas like heat-seeking missiles and light them up on an MRI. The liposomes are loaded with the most commonly used contrast agent, Magnevist. On their surface, the liposomes are studded with proteins that target receptors on glioma cells.

The researchers found that the liposomes entered the brain in healthy mice with uncompromised blood-brain barriers. Both techniques found large gliomas in mice with cancer, but only the liposome-encapsulated agent was able to detect smaller early-stage tumors. "The goal is to be able to get down to detecting single cancer cells," Connor said.

The study was published in Journal of Neuro-Oncology.

It is not known exactly how the liposomes get past the intact blood-brain barrier, but they do it without causing damage. In the study, mice showed no harm from the treatment.

This novel approach is an alternative to ultrasound, another promising method researchers are studying to get therapeutic agents into the brain. However, the ultrasound causes temporary disruption to the blood-brain barrier, which allows not only the therapeutic agent to enter the brain, but also blood which could have medical implications.

"Ultrasound, with all of its good qualities, is disruptive to the blood-brain barrier, whereas we can get an agent to cross it without causing disruption," Connor said.

The researchers said that in the future, smart fat cells will deliver chemotherapeutic drugs, along with contrast agents, to brain tumor patients so that cancer cells can be detected and wiped out in one step. They recently presented research on these next-generation liposomes at the Society for Neuro-Oncology meeting in San Antonio.