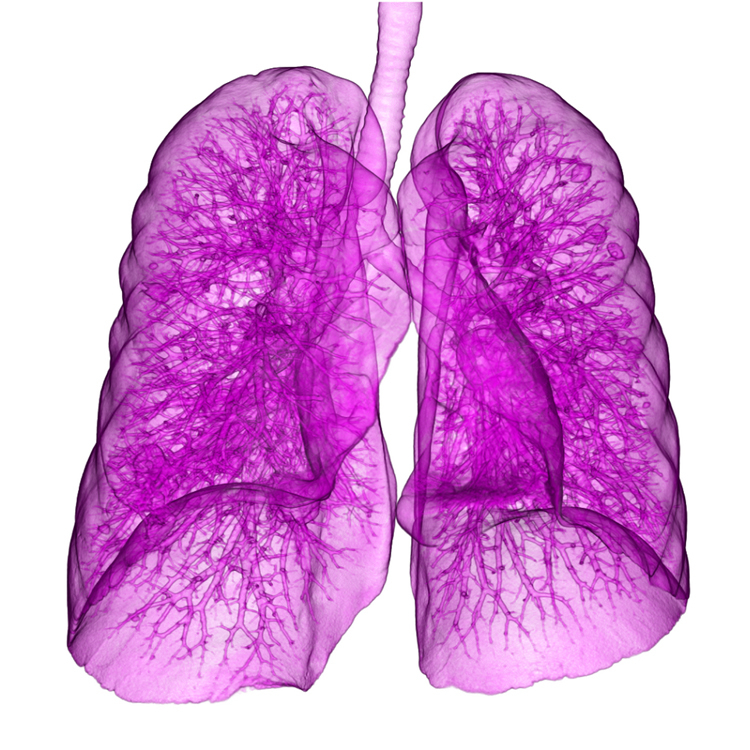 October 2, 2013 — A Terry Fox Research Institute (TFRI)-led study developed a new clinical risk calculator software that classifies, 9 out of 10 times, which spots or lesions (nodules) are benign and malignant on an initial lung computed tomography (CT) scan among individuals at high risk for lung cancer.

The findings are expected to have immediate clinical impact worldwide among health professionals who currently diagnose and treat individuals at risk for or diagnosed with lung cancer and provide new evidence for developing and improving lung cancer screening programs. A total of 12,029 lung cancer nodules observed on CTs of 2,961 current and former smokers were examined in the population-based study.

The results will have an immediate impact on clinical practice, says co-principal investigator Dr. Stephen Lam, chair of British Columbia's Provincial Lung Tumour Group at the B.C Cancer Agency and a professor of medicine at the University of British Columbia.

"Reducing the number of needless tests and increasing rapid, intensive diagnostic workups in individuals with high-risk nodules are major goals of the model," said Tammemägi.

The TFRI team used two sets of data to determine their findings, studying a total of 12,029 nodules from 2,961 persons comprised of current and former smokers ages 50 to 75 who had undergone low-dose CT screening. One set involved participants in the TFRI Pan-Canadian Early Detection of Lung Cancer Study from 2008 to 2010, where 1,871 persons with a total of 7,008 nodules (102 of which were malignant) were screened and followed. The other set involved 1,090 persons with 5,021 nodules (of which 42 were malignant) who took part in several lung cancer prevention trials conducted by the B.C. Cancer Agency from 2000 to 2010 and were funded through the U.S. National Cancer Institute (NCI). In the former study, participants were followed for an average of three years.  In the latter study, participants were followed for an average of 8.5 years.

Lam said the prediction model holds up even in cases where clinicians are faced with what to do when nodules are the approximate size of a blueberry or smaller. While nodule size is one predictor of lung cancer, the largest nodule appearing on the CT was not necessarily cancerous. The study team found that nodules located in the upper lobes of the lung carry an increased probability of cancer. In both data sets studied, researchers found that where cancer was present, fewer nodules were found. This model will simplify the work involved, especially for radiologists, in evaluating and assessing nodules on scans, as well as respirologists and thoracic surgeons who must make decisions about tests and treatment for their patients.

"The findings in this study bolster the potential for the successful implementation of a lung cancer screening program using low-dose computed tomography (CT) within a high-risk population. This tool, combined with CT-screening, will increase our success in earlier detection, diagnosis and treatment of the disease. Further, this model combined with new guidelines for best clinical practice, will provide our health care system with both effective and affordable tools to implement such a program," said surgeon Michael Johnston, M.D., chair, medical advisory committee of Lung Cancer Canada, Terry Fox Research Institute and member of the study team.