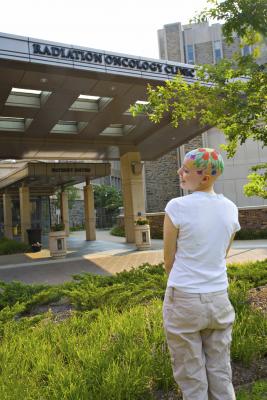 November 21, 2019 — One in three adults treated for cancer may experience side effects from treatment they wish they had known more about, according to a new survey published today in the Journal of Oncology Practice. The national survey of more than 400 U.S. adults, which was sponsored by the American Society for Radiation Oncology (ASTRO), also found that nine in 10 patients felt they made the right treatment decision despite the desire for more information about treatment side effects.

"An unfortunate reality of cancer treatment is that therapy also has side effects that can impact a patient's quality of life. Nearly all patients in the survey felt confident about their treatment decisions, but a sizable number also expressed a clear need for more information about potential side effects," said Reshma Jagsi, M.D., DPhil, FASTRO, senior author of the study and the Newman Family Professor of Radiation Oncology at the University of Michigan.

The survey also looked specifically at patients' experiences with radiation therapy side effects. Patients said these experiences generally were in line with their expectations, although notable numbers felt more tired (29 percent) or weak (28 percent) or experienced worse changes to their energy level (31 percent) than expected.

"More in-depth patient counseling on these side effects could help us better prepare our patients for changes to their quality of life," said Narek Shaverdian, M.D., first author of the study and a radiation oncologist at Memorial Sloan Kettering Cancer Center.

Treatment-related side effects increased with the addition of systemic/drug therapy and/or surgery to a patient's treatment regimen. Fatigue, weakness and pain were significantly more likely to be worse than expected for patients treated with all three modalities, compared to those treated with radiation therapy alone.

"The pronounced impact of treatment side effects for patients receiving combination therapy also suggests a need to build better coordination between oncology disciplines about managing side effects and to improve informed consent processes across cancer therapies," said Shaverdian.

Additional findings from the survey include:

Survey Details: An online survey was conducted by Public Opinion Strategies on behalf of ASTRO from March to May 2018 using quota-based sampling to draw a nationwide sample of U.S. adults treated for cancer with radiation therapy within the past five years. A total of 403 respondents completed the survey.