Study Suggests Mammograms Another Way to Screen for Heart Disease

Calcium in the arteries of the breast predicts early buildup of plaque in the heart's arteries, and may improve risk assessment in many women, especially young women 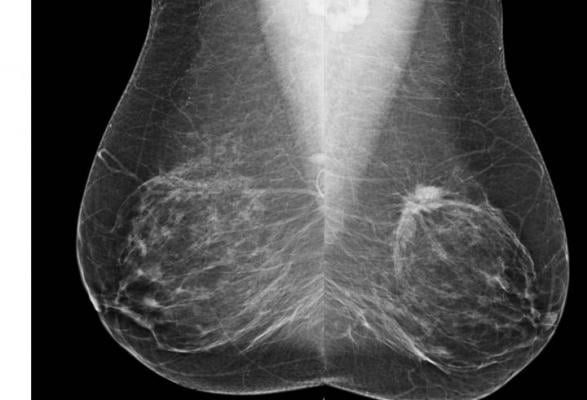 March 28, 2016 — Routine mammography, widely recommended for breast cancer screening, may also be a useful tool to identify women at risk for heart disease, according to a study scheduled for presentation at the American College of Cardiology's (ACC) 65th Annual Scientific Session. This could potentially allow for earlier intervention.

Data from this study show for the first time a link between the amount of calcium in the arteries of the breast — readily visible on digital mammography — and the level of calcium buildup in the coronary arteries. Coronary arterial calcification, or CAC, is considered a very early sign of cardiovascular disease. Importantly, the presence of breast arterial calcification also appears to be an equivalent or stronger risk factor for CAC than other well-established cardiovascular risk factors such as high cholesterol, high blood pressure and diabetes. Earlier research had shown a link between breast arterial calcification and atherosclerotic disease — even heart attack, stroke and other cardiovascular disease events. But researchers said these data provide a more direct relationship between the extent of calcified plaque in the mammary and coronary arteries, as well as a comparison to standard risk evaluation.

"Many women, especially young women, don't know the health of their coronary arteries. Based on our data, if a mammogram shows breast arterial calcifications it can be a red flag — an 'aha' moment — that there is a strong possibility she also has plaque in her coronary arteries," said Harvey Hecht, M.D., professor at the Icahn School of Medicine and director of cardiovascular imaging at Mount Sinai St. Luke's hospital, and lead author of the study.

Notably, breast arterial calcification also appeared to be as strong a predictor for cardiovascular risk as standard risk scores such as the Framingham Risk Score, which underestimates women's risk, and the 2013 Cholesterol Guidelines Pooled Cohort Equations, which tends to overestimate risk, Hecht said. When researchers added 33 asymptomatic women with established CAD, breast arterial calcification was more powerful than both risk assessment formulas, which suggests the presence of subclinical atherosclerosis may be a more important indicator of heart disease than other risk factors.

"This information is available on every mammogram, with no additional cost or radiation exposure, and our research suggests breast arterial calcification is as good as the standard risk factor-based estimate for predicting risk," Hecht said. "Using this information would allow at-risk women to be referred for standard CAC scoring and to be able to start focusing on prevention — perhaps even taking a statin when it can make the most difference."

"The more breast arterial calcification a women has, the more likely she is to have calcium in her heart's arteries as well. If all it requires is to take a closer look at the images, how can we ignore it?," he said.

To date, there is no consensus on using CAC as a screening test, though a very large outcome study of 39,000 subjects is underway in the Netherlands. Mammography, however, is widely used and accepted and, as Hecht said, may provide an opportunity to risk-stratify asymptomatic women by breast arterial calcification who might have calcium in the coronary arteries and ordinarily would not have been readily considered for cardiovascular screening.

Heart disease is the leading cause of death among women, yet breast cancer is often the most feared.

Roughly 37 million mammograms are performed annually in the United States. Mammography is recommended annually for women over 40 years of age by the American Cancer Society and every other year for women 50-75 years old and women at high risk for breast cancer by the U.S. Preventive Service Task Force. Digital mammography is more sensitive to the presence of calcifications and is now available in 96 percent of mammography units in the United States.

Another intriguing point that deserves additional study, according to the researchers, is that the nature of the atherosclerosis is different in breast arterial calcification and CAC, making it unclear why one should be related to the other.

Hecht stresses that these findings warrant further evaluation and validation in larger studies. Future prospective trials are needed to see what the prognostic significance of breast arterial calcification might be. Because the study involved women who received both mammography and CT scan for clinical indications, these women may have been more likely than the average woman to have coexisting conditions, although Hecht said these were unrelated to heart disease.

This study is being published simultaneously online in JACC: Cardiovascular Imaging.

In an accompanying editorial in JACC: Cardiovascular Imaging, Khurram Nasir, M.D., MPH, and John McEvoy, from the Center for Healthcare Advancement and Outcomes at Baptist Health South Florida, said that the report provides impetus to document breast arterial calcification in mammography reports, to improve education of primary care and radiology providers on the link with heart disease, and other actions to establish best practices for incorporating this research into care.

"Even by the conservative estimate of 10 percent, approximately 4 million women nationwide undergoing screening mammography will exhibit breast arterial calcification, with 2 to 3 million of them likely to have signs of premature coronary atherosclerotic disease," the authors said. "Whether the best use of breast arterial calcification is to trigger additional testing or to directly inform preventive treatment decisions, either by flagging high-risk women to their providers or by reclassifying traditional (heart disease) risk estimates, is worth further discussion."

The study was funded, in part, by the Flight Attendants Medical Research Institute. 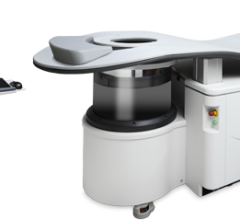 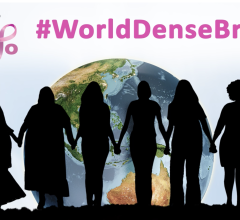 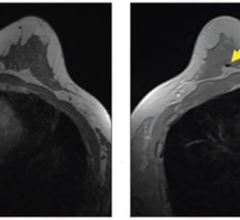 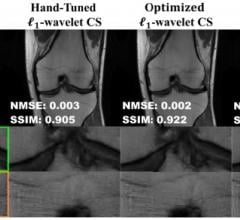 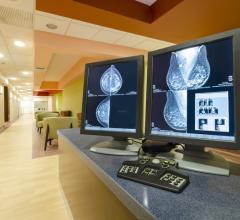