June 23, 2014 — Researchers have announced the results of a study that used contrast ultrasound molecular imaging (CMI) to examine a relatively new role for platelets at early to mid stages of atherosclerosis. Atherosclerosis, or hardening of the arteries due to plaque buildup, can lead to many serious health problems, including stroke and coronary heart disease.

“It is well known that platelets, which are a constituent of blood clots, play a role in forming large clots that occlude arteries in stroke and heart attack. Our study opens up a whole new perspective on how platelets play a role in provoking the earlier initiation and growth of atherosclerotic plaques,” said primary investigator Chi Young Shim, M.D., Ph.D. Shim is a postdoctoral researcher at Oregon Health & Science University in Portland, Ore.; she and her colleagues used molecular imaging with “smart” targeted microbubbles to detect the sticking of platelets to the vessel wall at various stages of atherosclerosis.

Jonathan Lindner, M.D., senior investigator of the study, added, “It has been suspected that platelet adhesion to the inner lining of blood vessels, even temporarily, can result in the deposition of harmful chemicals that can promote plaque growth and instability from the platelet to the vessel wall. This study is the first to definitively show that this process happens in the early stage of the disease. We also used smart microbubbles to evaluate the mechanism that causes them to stick, which involves the oxidative stress and the abnormal growth of sticky molecules (Von Willebrand factor) on the plaque surface. These results are important because they now give us a possible therapeutic target for new very potent anti-oxidant therapy.”

The results were presented at the 25th annual scientific sessions of the American Society of Echocardiography (ASE) in Portland. 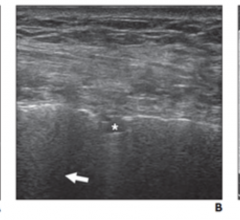 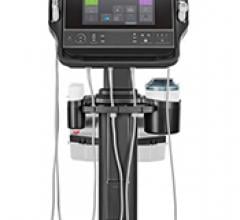