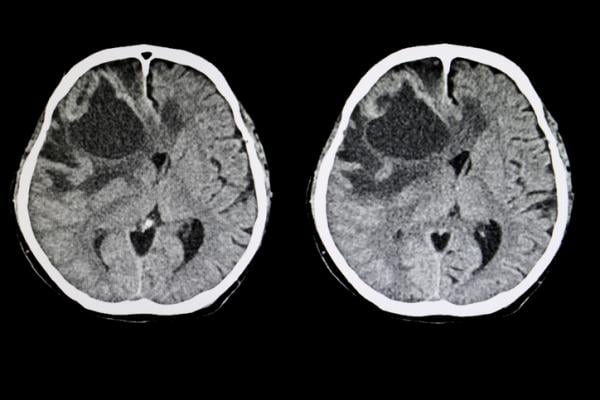 March 15, 2022 — Above a certain size, individual brain metastases are often surgically removed with the help of microsurgical resection. In stereotactic radiosurgery (SRS), in contrast, they are usually treated with a single high-dose targeted radiation using cobalt-60-gamma radiation sources. In contrast to whole brain radiation therapy (WBRT), this method is intended to expose only the tumor tissue to the high radiation dose and to spare the surrounding tissue. The German Institute for Quality and Efficiency in Health Care (IQWiG) now investigated the advantages and disadvantages of this single-dose SRS treatment in comparison with surgery and with WBRT in a benefit assessment.

The result: Compared with WBRT, SRS spares the patients’ memory performance. In addition, single-dose SRS requires only one treatment and can be performed again if the disease progresses. In the overall view of the study data, this results in a hint of greater benefit of SRS.

Compared with the surgical removal of a few metastases, no conclusions can be drawn for SRS due to a suspected publication bias – except that SRS is less invasive and can be performed on an outpatient basis. This is because the MD Anderson Cancer Center (Texas, United States) has withheld the results of a completed study for over ten years, although IQWiG and other stakeholders have made several intensive efforts to obtain the data.

The data basis is much better for the comparison of SRS with WBRT, as a total of six randomized controlled trials (RCTs) are available: five studies with moderate certainty of results and one study with high certainty of results. These studies provide a hint of greater benefit of SRS for memory performance as a subcomponent of cognitive functioning. Based on the available data, a reduction in survival time cannot be completely ruled out, but is not probable. The comparison remains open with regard to other components of cognitive functioning (e.g. speech fluency) as well as activities of daily living, side effects of therapy and health-related quality of life.

In principle, single-dose SRS offers the treatment-inherent advantages over WBRT that, with a single treatment (instead of ten to twenty), it requires much less effort for the patients and that it can be repeated, for example in the case of recurrence.

It spares memory, is less invasive, repeatable and requires less effort: These advantages of SRS are decisive for IQWiG’s benefit assessment, even if side effects and quality of life cannot be sufficiently assessed. For seriously ill patients with brain metastases, these advantages weigh particularly heavily because of their usually short life expectancy. “Not least the very constructive comments on the preliminary report and the good exchange with the professional societies provided us with a deeper insight into patient preferences as well as clinical practice and confirmed our conclusion," says Stefan Sauerland, Head of the IQWiG Department of Non-Drug Interventions.

Weighing up all aspects, it remains unclear for both the comparison of SRS with WBRT and the comparison with resection to what extent a possibly shorter survival is accepted by the patients. When making a treatment decision, however, the most important aspects for the patients are symptom control with preservation of mental and physical abilities as well as the effort required.