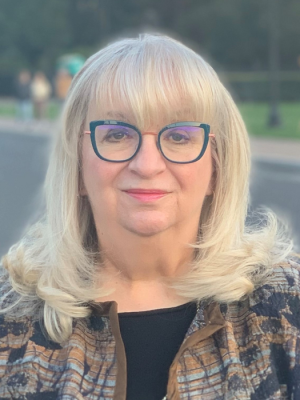 June 15, 2022 — Helen Nadel, MD, FRCPC, director of pediatric nuclear medicine at Lucile Packard Children’s Hospital at Stanford and clinical professor of radiology at the Stanford School of Medicine, in Stanford, California, has been named president-elect for the Society of Nuclear Medicine and Molecular Imaging (SNMMI). SNMMI introduced a new slate of officers during its 2022 Annual Meeting, held June 11-14.

“As SNMMI president-elect, I plan to focus on the future of the field,” said Nadel. “How can we be prepared for future health crises? What can we do to fast-track the development and approval of diagnostic and theranostic molecular imaging agents? How can we ensure diversity in all parts of the nuclear medicine family?”

Working with SNMMI members, task forces and committees, Nadel will bring these issues to the forefront of the society’s agenda and will develop programs to address them. Projects will include creating rapid global communication and mobilization plans, fostering the society’s government and industry relationships, and implementing diversity initiatives.

Nadel has been an active SNMMI member for more than 30 years, serving as vice president-elect and in the House of Delegates. She also held positions as president of the Pediatric Imaging Council and member of its board of directors, and she has served on the PET Center of Excellence Board of Directors, Scientific Program Committee, Membership Committee and The Journal of Nuclear Medicine Editorial Board, among other posts. She was president of the SNMMI Pacific Northwest Chapter for many years and currently plays an active role in the Northern California chapter.

In the greater nuclear medicine community, Nadel has served in multiple positions for the American College of Nuclear Medicine, the American Board of Nuclear Medicine, the Radiological Society of North America, and the Children’s Oncology Group. In 2019, Nadel received the Lifetime Achievement Award from the European Society of Pediatric Nuclear Medicine for ongoing contributions to pediatric nuclear medicine. She has published 76 peer-reviewed journal articles and 24 book chapters and has been an invited speaker for 180 presentations.