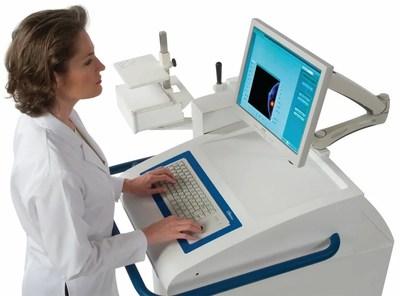 The D6800 is an FDA-cleared compact, mobile scanner that is also FDA-cleared for MBI-guided biopsy of suspected breast cancers and has installations at 176 sites in more than 10 countries. SmartBreast intends to continue to manufacture, market and distribute the D6800 MBI scanner with GammaLoc.

MBI saves lives by detecting breast cancer earlier in women with dense breasts, who comprise up to 40% of American, European and African women and 70% of Asian women. Mammography fails to detect more than 50% of early-stage cancers in dense breasts. MBI sees through dense breast tissue and is able to find cancer between 3 and 4 times more often than mammography alone in multiple published studies including 1,000's of patients from the Mayo Clinic and others.

SmartBreast will utilize a global network of distributors led by EVO WorldWide. SmartBreast Co-founder and CEO, James Hugg, Ph.D., stated that "MBI is a game-changer for breast cancer in dense breast. In published clinical studies mammography was reported to find 3.2 cancers in each 1,000 women with dense breasts. Adding MBI increased the number of cancers found to 12 per 1,000. SmartBreast will make MBI accessible to many more dense-breast women who are literally gambling with their lives by relying on annual mammograms alone."

Dilon Board Chair, Robert Moussa, said "We are excited to hand off the Dilon 6800 to SmartBreast. We have known the co-founders for many years and are confident that they will continually improve the technology and make it available to women worldwide."