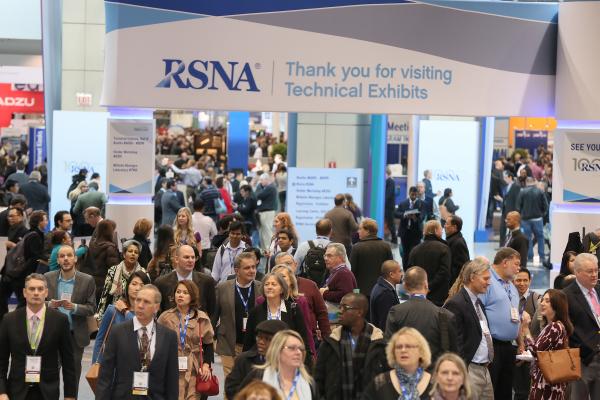 “The 2016 theme was ‘Beyond Imaging,’” said RSNA Executive Director Mark Watson. “The meeting offered attendees a wealth of opportunities to broaden their perspectives on both the current state of radiology and the challenges and opportunities the future holds.”

RSNA 2016 featured a number of hot topics in radiology including machine learning and 3-D printing for medical applications.

Advances in machine learning and artificial intelligence offer an exciting suite of technologies that are now being applied to medical imaging with compelling results. The meeting provided a variety of events related to machine learning, including scientific and education sessions, a hands-on workshop and the “Eyes of Watson” interactive demonstration of IBM’s Watson technology platform.

To showcase the increasing clinical significance of 3-D printing and its connection to medical imaging, in addition to many hands-on courses, the Learning Center included presentations on 3-D printing along with demonstrations throughout the week.

Another popular feature of the meeting was the National Cancer Institute (NCI) Perception Lab, where researchers supported by NCI conducted studies on radiologic image perception in an open lab environment. RSNA meeting attendees had the opportunity to participate as volunteers.

The technical exhibition was 412,000 square feet and housed 663 exhibits, including 104 first-time exhibitors.

The RSNA 2016 Virtual Meeting offered attendees on-demand access to more than 90 sessions from RSNA 2016, as well as Cases of the Day, digital education exhibits and scientific posters. The virtual meeting attracted 5,645 attendees from 98 countries.

Official registration figures for RSNA 2016 reported total registrant numbers at 54,037, including 26,988 professional registrants of which 1,813 were virtual-meeting only.

RSNA 2016’s economic impact to the City of Chicago is estimated at $131 million.