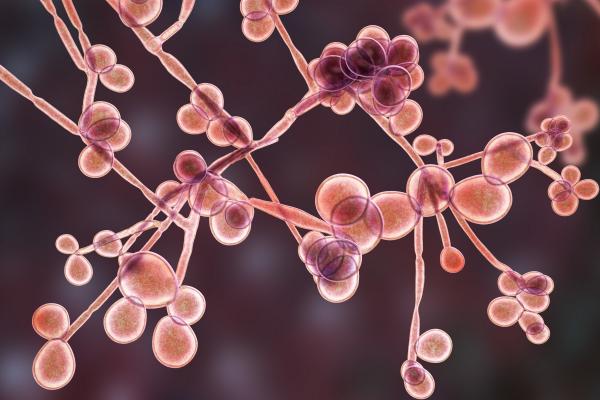 September 1, 2021 — The study, published on Aug. 13 in the peer-reviewed journal Cancer Cell, builds on prior studies that focused on the role of intestinal bacteria in influencing immune responses to chemotherapy and immunotherapy. Here the investigators sought to determine what role both bacteria and fungi in the gut might play in the response to radiation therapy.

Trillions of microorganisms live in normal human intestines. These so-called commensal microorganisms are “friendly” bacteria and fungi that help process nutrients and play key roles in regulating the immune system in everything from infections to allergies. The research team found that reducing levels of commensal fungi in the intestines enhanced the anti-tumor immune response in the mice following radiation therapy. Conversely, they showed that depletion of commensal bacteria reduced the anti-tumor response.

“Scientists have long known that bacteria in the gut influence the immune system,” said Stephen L. Shiao, M.D., Ph.D., director of the Division of Radiation Biology and the study’s lead author. “We now believe that a yin-and-yang relationship exists between intestinal bacteria and fungi. If you deplete bacteria with antibiotic use, for example, it upsets the balance in the microbiome—the community of bacteria, fungi and potentially other microbes in the body. The effect is to create space for fungi to proliferate and dampen the anti-tumor immune response.”

The potential impact of this discovery is wide-reaching because nearly half of patients diagnosed with cancer—including brain, head and neck, lung, breast, gynecologic and prostate cancer—undergo radiation therapy as part of their treatment regimen, Shiao explained.

“In our mouse studies, the impact of intestinal bacteria and fungi on the anti-cancer immune response was the same in both breast cancer and melanoma—very different cancers,” said Shiao, associate professor of Radiation Oncology & Biomedical Sciences at Cedars-Sinai Cancer. “We think that this indicates that gut bacteria and fungi influence anti-tumor immune responses in many, if not all, types of cancer.”

It may seem odd that bacteria and fungi in the gut could affect the response to radiation therapy directed at cancers in other organs. This connection is rooted in the relationship between the biology of cancer and the immune system.

Cancer forms when cells in the body grow and divide uncontrollably. Certain types of immune cells patrol the body to identify and destroy tumor cells. This immune response is shaped by the microbiome. Sensors on immune cells detect specific microbes that stimulate different responses. The researchers discovered that one such sensor, Dectin-1, detects a sugar found only on the surface of fungi that prompts a braking signal to shut down an immune response. In contrast, bacteria send signals that strengthen immune responses. By reducing the number of fungi in mouse intestines, the study team was able to strengthen the immune system's attack on the tumor following radiation.

Although the major experimental parts of the study were performed in mice, the Cedars-Sinai team also examined the level of Dectin-1 in patients with breast tumors. They found that higher expression of Dectin-1 was associated with worse survival, suggesting that this sensor may play the same role in patients with cancer.

Looking forward, the researchers hope to characterize the diversity of gut microorganisms in cancer patients undergoing treatment to better understand the mechanisms by which gut microbiota, such as bacteria and fungi, influence cancer therapies. The goal is to find the best way to optimize both the bacterial and fungal microbiome to promote anti-tumor immune responses, Shiao said.

“Radiation therapy has always been a major part of cancer treatment. Now more than ever, precision delivery of radiation and its combination with immunotherapy—including manipulating host factors as described in this paper—will make this therapy even more effective for our patients,” said Dan Theodorescu, M.D., Ph.D., director of the Cedars-Sinai Cancer enterprise and professor of Surgery and Pathology and Laboratory Medicine. “This study has made a significant advance in the cancer field.”