Radiation Therapy Effective in Patients with No Further Treatment Options

The current study from the team of nuclear radiologists in Saarland is also a small step, but one that could be decisive for future therapeutic approaches 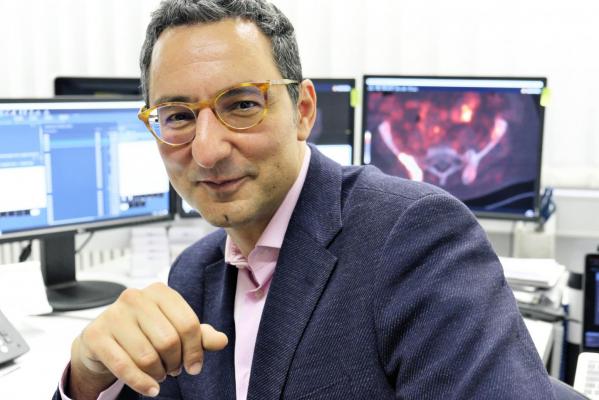 November 28, 2019 — Reports of new cancer treatments often raise high hopes and expectations, particularly, of course, among cancer patients and their families. But raising expectations is not something that Samer Ezziddin, M.D., professor of nuclear medicine and director of the department of nuclear medicine at Saarland University Hospital is keen to do. 'In most cases, we cannot heal the patients who take part in our therapeutic programme. Our aim is to extend life expectancy by a number of months or even years, without impairing the patients' quality of life,' explained Ezziddin. And although over the course of his career he has seen patients whose cancer has regressed completely despite extremely poor prognoses, such cases remain the exception and should be regarded as 'statistical outliers' rather than miracle cures. The battle to treat the many different varieties of cancer continues to be very challenging, involving careful but laborious work, where progress is measured in small steps and where significant advancements only become apparent after an extended period of time.

The current study from the team of nuclear radiologists in Saarland is also a small step, but one that could be decisive for future therapeutic approaches. The physicians subjected patients with advanced prostate cancer to a radiation therapy regimen that was originally developed in Heidelberg and that has now been developed further by the team in Saarland. The approach used is known as targeted radionuclide therapy. A radioactive drug injected into a patient's vein is continuously fed to the tumour site where the radioactive substance ('the radionuclide') irradiates the tumour internally, thus destroying the tumour cells.

But rather than injecting just one type of radioactive drug into the tumour, the medical research team in Saarland chose to combine two different radiopharmaceuticals each having a different irradiation path length. One of the radionuclides used was lutetium-177. This radioactive material has an effective range of 0.5 to 10 millimetres, which is the distance over which the surrounding tissue is destroyed. It is highly precise, because the radionuclide is attached to a cell-targeting molecule that only binds to receptor sites almost exclusively located on the surface of prostate tumours, leaving other healthy body cells unaffected. However, even the very short distance over which lutetium-177 is effective may be too great when treating the tiniest tumours that can form when the cancer spreads to other parts of the body. The research team led by Ezziddin therefore decided to add a second radioactive nuclide, actinium-225, to their therapy regimen. Samer Ezziddin explains the benefits as follows: 'Actinium-225 delivers excellent results; its effective path length is well down in the sub-millimetre range.'

By including actinium-225 as a therapeutic agent even the smallest of tumours, in principle even individual tumour cells, can be irradiated internally once the radioactive substance has infiltrated the cancer cell via the receptor site. 'Because the effective path length of actinium-225 is only three to four cell diameters, surrounding tissue is not destroyed,' explains Professor Ezziddin. However, previous radionuclide therapies based on actinium-225 suffered from one crucial disadvantage. The patient's salivary glands can also take up the radionuclide, causing decreased function of the glands and resulting in extreme dryness in the mouth, which can significantly reduce the patient's quality of life.

The paper just published describes the results of a pilot study that examined the effectiveness of the tandem therapy proposed by the research team from Saarland University Hospital. The study was able to demonstrate that these side effects no longer occur when lutetium and actinium are combined in a specific therapy regimen. 'Lutetium is very well tolerated for most sizes of tumour,' explains Professor Ezziddin. 'This allowed us to significantly reduce the actinium dosage level, so that our tandem therapy can be carried out with very few side effects.'

The study analysed the experiences of 20 patients aged between 57 and 88 with late-stage or end-stage metastatic prostate cancer and whose tumours no longer responded to treatment using only lutetium-177. 'The patients in our study were already heavily pre-treated. Many of them had already been told that there was little that could be done,' says Samer Ezziddin. In 14 of the 20 cases, the team observed a substantial decrease in tumour marker levels while the patients were undergoing tandem therapy. (Tumour marker concentrations indicate how much tumour mass is still in body.) It was found that after starting tandem therapy, tumour growth could be stabilized for about four and a half months (median average value) before the disease progressed, and that survival after starting tandem therapy was 11 months (median value) without any substantial reduction in the patients' quality of life.

The Past, Present and Future of PET/MRI Scanners

VIDEO: PET vs. SPECT in Nuclear Cardiology and Recent Advances in Technology — An interview with Prem Soman, M.D.

VIDEO: Trends in Nuclear Cardiology Imaging — A discussion with David Wolinsky, M.D., director of nuclear cardiology at Cleveland Clinic Florida and past-president of the ASNC