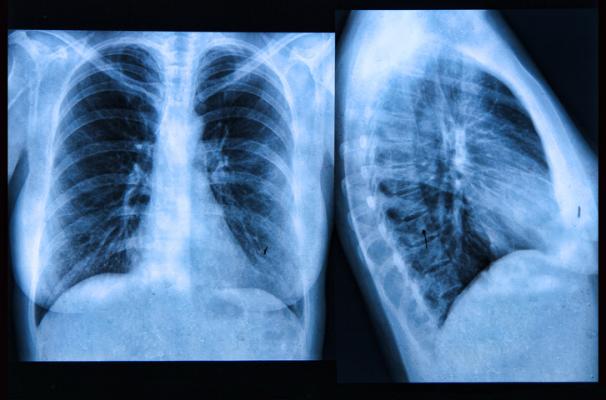 September 15, 2021 — Revised guidelines for lung cancer screening eligibility are perpetuating disparities for racial/ethnic minorities, according to a new study in Radiology.

In 2014, the United States Preventive Services Task Force, an independent panel of medical experts, recommended lung cancer screening with low-dose chest CT in high-risk individuals to reduce cancer-related mortality. The initial eligibility guidelines had limitations, as they were derived from studies in which only 4% of participants were African American smokers.

In March 2021, the task force expanded eligibility, lowering the threshold for lung cancer screening eligibility from age 55 to 50 and from at least 30 to at least 20 pack-years of smoking. Pack-years are the number of packs smoked per day multiplied by the number of years smoking.

The revised guidelines, made partly to address eligibility disparities in screening, raised concerns over their continued reliance on age and pack-year thresholds.

“It was great to expand eligibility, but to just change the age and the pack-years doesn’t fully address lung cancer risk,” said Anand K. Narayan, M.D., Ph.D., radiologist and vice chair of equity in the Department of Radiology at the University of Wisconsin in Madison, and formerly of Massachusetts General Hospital (MGH) in Boston. “We’ve long known that some racial/ethnic minorities face a higher risk of lung cancer, and that level of risk is not adequately reflected in the new guidelines.”

To learn more about the impact of the changes on disparities in lung cancer screening eligibility, Narayan, Divya N. Chowdhry, M.D., a breast imaging radiologist at MGH, and colleagues looked at data from the 2019 Behavioral Risk Factor Surveillance System Survey, which included more than 77,000 respondents.

The survey results showed that the proportion of respondents eligible for lung cancer screening rose from 10.9% before the revisions to 13.7% after revisions. However, African Americans, Hispanics and Asian/Pacific Islanders remained less likely than whites to be eligible for screening. Under the new guidelines, 14.7% of whites were eligible for lung cancer screening, compared with 9.1% of African Americans, 4.5% of Hispanics and 5.2% of Asian/Pacific Islanders.

A better way to address the disparities, Narayan said, is through the incorporation of risk models into eligibility guidelines. Risk models can go beyond age and pack-years to include variables like family history and the presence of chronic obstructive pulmonary disease. Social determinants of health like employment, education status and food insecurity might also play a role.

“If we put social determinants of health into our model, then we can more accurately reflect risk,” Narayan said. “It can give us tools to direct our resources toward patients in terms of how much risk they are experiencing and how much care they actually need. We can then target high-risk patients for more intensive screening and diagnostic services.”

“In a country that is so diverse and has patients in so many different circumstances, I feel as though we need new solutions to adequately reflect lung cancer risk for our patients and reduce lung cancer disparities in racial/ethnic minorities,” Narayan said.