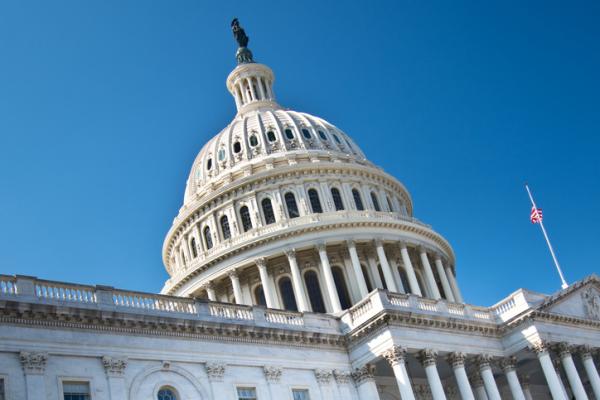 July 26, 2021 — A record number of radiation oncologists met with Congressional leaders and staff last week as part of the largest American Society for Radiation Oncology (ASTRO) Advocacy Day in the Society's history.

The physicians urged Congressional leaders to intervene in response to consecutive Centers for Medicare and Medicaid Services (CMS) proposals that call for significant cuts to radiation oncology facilities. These excessive reductions will jeopardize access to life-saving radiation therapy services for Medicare beneficiaries at a time when the U.S. health care system needs “all doors open” to treat people diagnosed with cancer. Reports indicate that lapses in cancer screening and detection caused by the COVID-19 pandemic have led to an increasing number of later-stage cancers, which often require more advanced and aggressive treatments, among the 1.9 million people expected to be diagnosed with cancer this year.

The COVID-19 pandemic highlighted the prevalence of disparities in access to health care for people of color and other marginalized groups across the country. As Congress works toward solutions to address the health care needs of underserved populations, ASTRO and the radiation oncology community are eager to partner with congressional leaders in the efforts to bridge care gaps and expand access to high quality, high value health care.

On July 19, CMS released modifications to the Radiation Oncology Model (RO Model) as part of the 2022 Hospital Outpatient Prospective Payment System (HOPPS) proposed rule. The proposed changes to the RO Model included slight revisions to the discount factor but failed to address many of the concerns expressed by the radiation oncology community and a broad coalition of medical provider groups, patients, hospitals, health systems and bipartisan members of Congress.

The steep reductions in the RO Model under the HOPPS rule are in addition to cuts from the proposed 2022 Medicare Physician Fee Schedule (MPFS), in which CMS levied an 8.75% cut to radiation therapy services – the third largest among all medical specialties. These reductions would disproportionately affect practices that serve rural and underserved populations, threatening equitable access to cancer treatment and exacerbating health care disparities. If enacted, these cuts will compound prior reductions, resulting in community-based radiation oncology clinics facing a 17% drop in physician reimbursement over the last decade, with some high-value radiation treatment reimbursements reduced by up to 22%.

ASTRO is asking Congress to act to protect patient access to radiation oncology care by directing CMS to reduce these severe payment cuts or, at least, to phase in reductions rather than threaten the financial viability of smaller practices.

On July 20, ASTRO responded to the consecutive weeks of physician payment cuts: “CMS has singled out radiation oncology for payment cuts that put access to cancer care for Medicare beneficiaries in peril. … By proposing to cut high-value radiation treatments by as much as 22% and proceeding with more than $160 million in reductions under the RO Model, CMS is jeopardizing the ability of the nation’s radiation therapy professionals to continue to provide essential care for their patients now and in the future," said Thomas J. Eichler, M.D., FASTRO, Chair of the ASTRO Board of Directors.

A properly designed value-based payment initiative for radiation oncology represents an opportunity to address health disparities, but the RO Model in its current form would seriously jeopardize access to radiation therapy for patients covered by Medicare and threaten the viability of many practices forced to participate in the mandatory model.

ASTRO is calling upon President Biden and Congress to immediately intervene on the flawed RO model, as well as the severe cuts proposed in the MPFS. Other requests include moving the RO Model's discount factors to be more consistent with other specialty models and more in-line with the intent of value-based health care reform, as well as adopting a phased-in approach rather than the current mandate for nearly 1,000 clinics to participate in an untested, inequitable model that is scheduled to begin January 1, 2022.

ASTRO also recommends that CMS establish a Health Equity Achievement in Radiation Therapy (HEART) payment to cover services such as patient care navigation that are designed to reduce health care disparities but are not currently covered in Medicare fee schedules. This concept mirrors the Monthly Enhanced Oncology Services (MEOS) payment applied in the Oncology Care Model.

A recent study in JAMA Health Forum found that radiation oncology faces the highest prior authorization burden of any medical specialty, causing unnecessary anxiety, delays and harm for many of the one million people treated with radiation therapy each year.

"Prior authorization is not achieving its intended goal of improving efficiency and quality in American health care," said Eichler. "Instead, unnecessarily obstructive prior authorization practices are leading to potentially life-threatening delays in cancer treatment. Even worse, these delays increased during the COVID-19 pandemic."

In an August 2020 ASTRO survey, 69% of radiation oncologists said the burden of prior authorization has gotten worse during the pandemic, and 64% said cancer treatment delays caused by prior authorization increased. "The majority of patients are now delayed over two weeks for a fairly routine denial and appeal process," explained one survey respondent. Alarmingly, 66% of the radiation oncologists said their patients suffered negative results due to prior authorization delays during the pandemic. Separate research has linked each week of delay in starting cancer therapy with a 1.2% to 3.2% increased risk of cancer death.

Bipartisan support for cancer research has contributed to averting nearly three million deaths from cancer in the U.S. in the past two decades, but the COVID-19 pandemic upended nearly all aspects of this important work. Clinical trials were halted, labs were shuttered and resources were diverted from research that has led to a quarter-century of significant declines in cancer mortality. As the numbers of cancer cases and deaths in the U.S. rise due to lapsed screenings during the pandemic, sustained increases in federal support are necessary to mitigate the impact of COVID-19 on cancer research and patient care.

ASTRO and other members of the One Voice Against Cancer (OVAC) coalition are calling on Congress to respond to the nation's fast-growing cancer burden with increased funding for cancer research at the National Institutes of Health (NIH) and the National Cancer Institute (NCI). ASTRO and OVAC also recently asked the Biden Administration for substantial and sustainable funding for the new Advanced Research Projects Agency-Health (ARPA-H), to accelerate progress toward President Biden's goal of "ending cancer as we know it" and bolster the bedrock research being done at the NIH and NCI.

Notice of Proposed Rulemaking for the Radiation Oncology (RO) Model