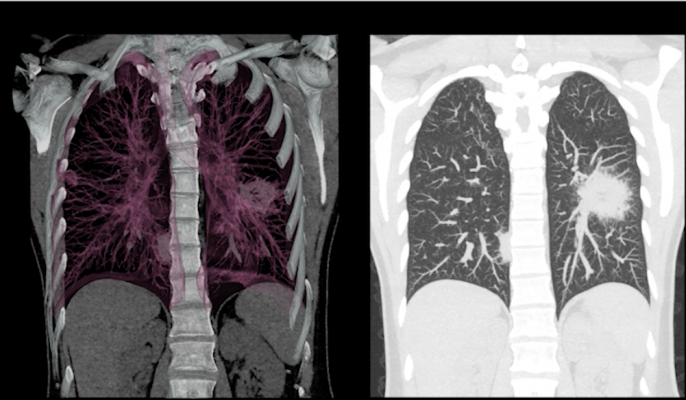 June 25, 2021 — Patients with primary lung cancer detected using low-dose computed tomography screening are at reduced risk of developing brain metastases after diagnosis, according to a study published in the Journal of Thoracic Oncology.

JTO is an official journal of the International Association for the Study of Lung Cancer. The full study is available here: Impact of Low-Dose Computed Tomography Screening for Primary Lung Cancer on Subsequent Risk of Brain Metastasis - Journal of Thoracic Oncology (jto.org)

The researchers, led by Summer Han, PhD, from Stanford University School of Medicine in Palo Alto, Calif., used the National Lung Screening Trial data to identify 1502 participants who were diagnosed with lung cancer between 2002 to 2009 and have follow-up data for brain metastases.

"This reduction in risk for brain metastases among LDCT screen-detected lung cancer—which persisted in subgroup analyses of patients with early-stage lung cancer and those who underwent surgery for lung cancer--may not be fully explained by stage shift nor curative treatment for PLC," said Han. "The reduction in brain metastases risk may be because of a potentially different tumor biology of the tumors detected by LDCT screening that are less aggressive and slow growing, which needs to be confirmed by further investigation."

"To the best of our knowledge, our study presents the first effort investigating the potential impact of LDCT lung screening on subsequent risk of metastasis," said Han. She pointed out that using the NLST data with a long follow up period provided sufficient time to observe the development of brain metastases.